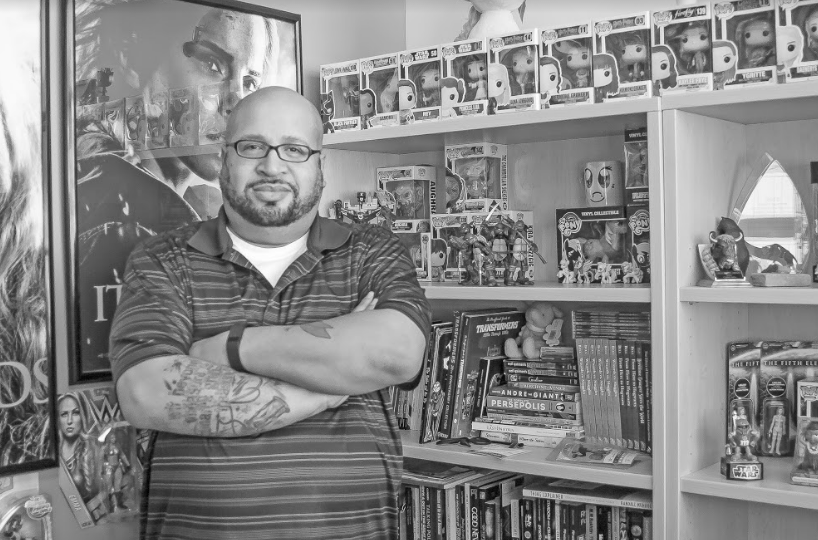 By: Anne Stewart
In: Culture

If students have not had the chance to hear Christopher Bell speak, they may want to stop and listen.

Bell, director of Graduate Studies and assistant professor in the Department of Communication, has been teaching at UCCS for six years.

Many students know Bell for his extensive knowledge in media studies, comic books and his recent TedTalk discussion about female superheroes in movies and merchandise.

Bell will serve as a consultant at Pixar in Emeryville, Calif., in December to discuss female superheroes in movie and merchandise, along with how how children process stories.

Bell is passionate about teaching; he believes that students at UCCS work harder than students at other universities he has attended.

“I think it’s primarily because something like 85 percent of our students’ work (outside jobs). Most of them are paying for their own school; I don’t have a bunch of trust-fund babies. When you’re paying for your own school, you care about it more, and you work harder,” said Bell.

“Our students are more engaged in their own sort of learning process which is cool.”

Although class sizes are growing, Bell hopes that the school can hang onto the small school feel. As a professor, Bell sees hundreds of students from all walks of life come through his classes. It means a lot to give students opportunities and have an impact on them, said Bell.

“It’s always the two or three (students) that I can pick out, shine up like diamonds and send them off into the world that I always feel the proudest of.”

Bell has a Bachelor of Arts in social science education from the University of Northern Colorado that he originally intended to use to pursue secondary education.

Along the way, Bell realized that high school education was not for him, and decided to pursue a Master’s degree in TV, film and new media production at San Diego State University.

After working as a screenwriter and producing romantic comedies, Bell decided that he and his wife would move to Boulder, so he could attain his doctorates in media studies.

“I’ve always sort of really been interested in ideas around race, class and gender, and really applying it through media is a thing that came later,” said Bell.

Bell’s biggest inspiration has been Sentwali Bakari, vice chancellor for Student Success, who served as a mentor to Bell during his time at UNC.

Bell believes that there is a ripple effect, meaning that someone else changes each person. One piece of advice he gives to students is to invest in what they are doing in college sooner than their senior year.

“This is the time of your life when you can actually make stuff happen. I tell my students all the time (that) you have a very small window when you can fail spectacularly, and people will catch you,” said Bell.

“You have a very small period of time where you can invest all of yourself in a dream, and see if you can make it happen.”