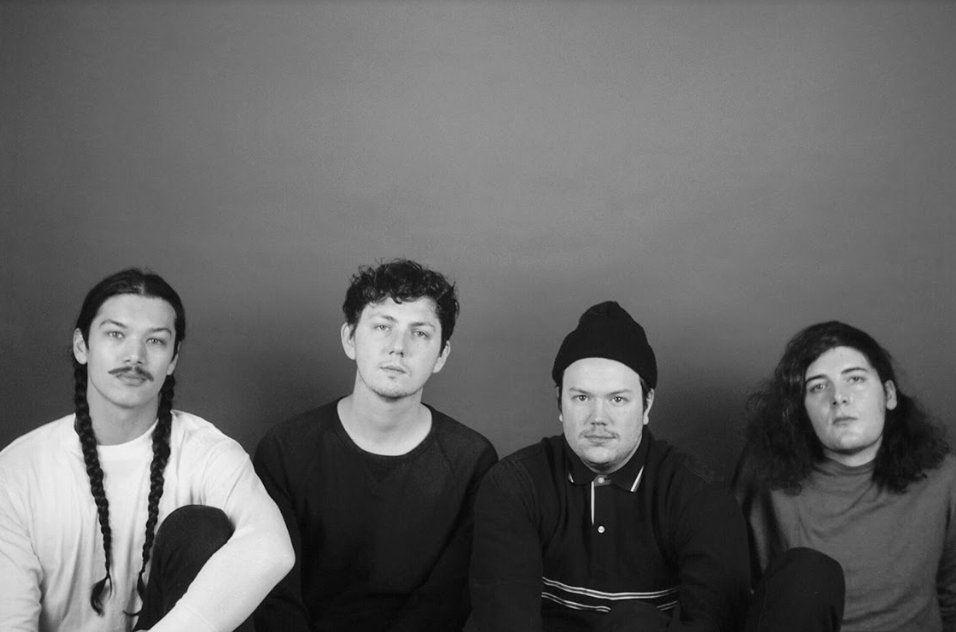 To the four Chicago locals, nervous-sounding dream pop, apparent in songs like “Pavement” and “Should Be,” help them stand out from the crowd.

Putting out their self-titled debut album in 2018, Deeper has received exposure with a generous 500-word review from Pitchfork Magazine, along with The Districts taking them on their biggest tour yet.

In an interview with the band, they discuss how they started, the feelings behind their music and more.

How did Deeper form?

“We all played in the Chicago music scene, Nick and Mike went to high school together, they were childhood friends. Shiraz worked at a DIY venue, we had a party there one night, We needed a drummer [for Deeper] and asked Shiraz, it’s been a beautiful marriage ever since.”

Is this your first tour as a band?

“We’ve done a lot of tours in the past, but this is the longest one we’ve been on. We did a tour with East Blackouts Coastal Fever in the fall, but this tour is more shows and bigger venues than the last tour.”

Are you friends with The Districts?

“We are now! We were fans of their music and stuff before we played with them, but when we were playing with East Coastal Blackout Fever we heard their music in Philly and thought that we would be good for this tour. But we didn’t really know them before this.”

Your self-titled album is really caustic and nerve racking. What came first, the songs or the nervous feelings?

“Everything was kind of written as it went with the record, we didn’t really have an idea it would be one full album when we initially started recording it, it just slowly morphed into what it was. And I think a lot of uncertainty in writing the music created the nervousness that you hear. I think that all the nervousness and uncertainty towards all that gets pronounced in all the music.”

How did you come up with this gothic-themed music video for your song “Pavement”?

“Mike had this idea of a washed up death metal musician on his last leg on our block. We tried to get a pester mask, but they were too expensive, so the idea was to have our friend Charlie who was in the video paint his face like a death metal singer. And our label saw the video and thought we should make a music video out of it. And when you were asking if we were involved, were all the grim reaper type characters walking behind him. The whole apartment scene is my house.”

I saw that Pitchfork gave you guys a review on your self-record. Does this mean anything to you guys? Considering how much music is out there, it’s cool that they picked it up and saw it.

“I think our opinions of pitchfork are a little bit different than when we were growing up and when we all read Pitchfork a lot, going through the end of high school and college. We grew up in the suburbs of Chicago and we went to Pitchfork Fest every year, so I think a lot of the bands from the 2000s it was Pitchfork that helped us find everything, like Dear hunter and Women.

The night we found out we were getting a Pitchfork review we were driving to Nashville to open up for Iceage. It was a very beautiful day, and we get the email that they were going to write up the record and I said pull in to the next music store, I’m buying a new bass.”

What was it like growing up and playing music in Chicago?

“It’s just really like playing with your friends, everybody knows everybody, and we all play at each other’s shows for the most part. It’s big enough that it’s diverse, but it’s still a very close-knit group, very supportive.”