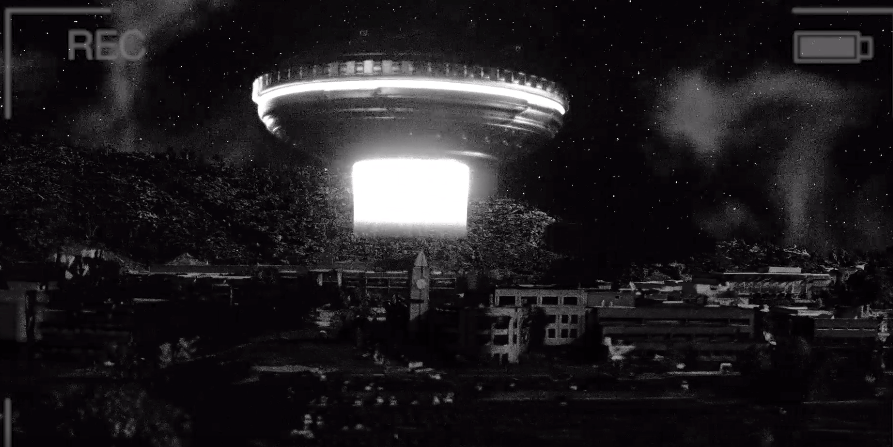 By: Joy Webb
In: The Scribble

The Pentagon is set to release a report on extraterrestrial life as early as June of 2021. Our fragile hearts might not be able to take this hit, but it is time that we accept that aliens are among us.

After all, aliens are entirely to blame for this past year. If your memory is not fragmented or damaged, you might recall the Area 51 raid that happened in 2019. After mankind provoked the aliens and demanded evidence of their existence, shit really hit the fan. COVID-19, Tiger King, Donald Trump: the aliens are to blame for it all, and they are not done yet.

John Ratcliffe, the top intelligence official under former President Donald Trump, explained that the forthcoming report will outline “a lot more sightings than have been made public,” in a recent interview. Though we are yet to see what these findings are, aliens have already visited UCCS in an attempt to invade campus and steal our clock tower.

However, Venkat Readywhip, with his impeccable reasoning skills and ability to communicate with them via Google Translate (from English to Alien-speak) and some telekinesis, bargained with the aliens. Instead, the aliens agreed to invade CU Boulder instead. Rather than using their UFO beam to take our clock tower, their goal is to abduct CU President Mark Kennedy, and use him as a test subject.

Thanks to Readywhip, UCCS’ alliance with the “AYYYY LMAO” alien leader is stronger than ever. We have some bonus points with these extraterrestrial beings, but they said we should not be surprised if they return to take our beloved mascot, Clyde, to their mothership.

In this case, the new mascot for UCCS will be the “AYYYY LMAO,” to show our support for them taking over the universe and controlling intergalactic life. Their goal is to take Joe Exotic, Donald Trump and anyone else we want to cancel back to their planet to give them a spanking and knock some sense into them.

In the Pentagon information on extraterrestrial life that will be released this summer, the aliens said they are going to give UCCS and Colorado Springs a shoutout, thanks to our fearless leader, Chancellor Readywhip.

Though the Area 51 raid made 2020-2021 feel like one huge strange trip in a simulation, there are high hopes that aliens will ensure that life on Earth stays wacky.