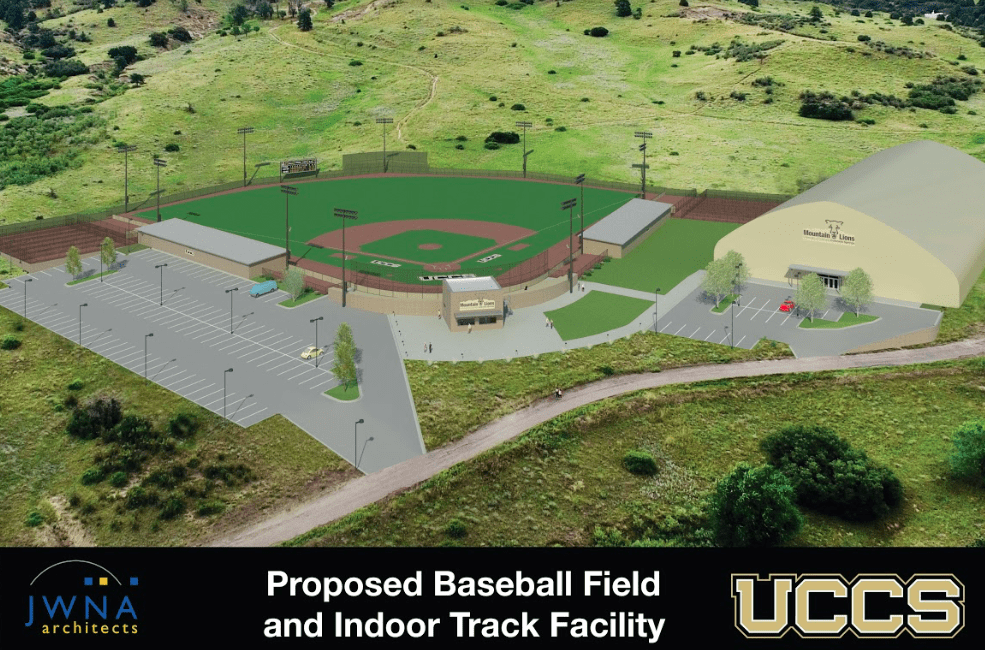 After their first year on campus, the men’s baseball team looks forward to their second season in program history.

The team will begin their away season Feb. 2-3 against Cal Poly Pomona in Pomona, California. In preparing for the spring, the team’s preseason games were promising, according to Dave Hajek, head coach of the men’s baseball team.

“We had a great fall, and we are excited. We returned nearly every player from the first year’s team, and we won some fall games,” he said.

The team had an overall record of 22-27 during the 2016-17 season, making it to the RMAC playoffs before losing to Regis in 13 innings during the first round.

According to Hajek,  this was a feat to be proud of.

“For a first-year program winning 22 games, we were pretty proud of that,” said Hajek. “So to bring most of those guys back with experience now, we can see that they have a higher level of confidence and understanding that they can play at this level.”

The team lost two games in the RMAC Tournament last year, losing 4-5 against Colorado School of Mines and 8-9 against Regis. The losses were tough, according to Hajek.

“We lost two tough games, and we made some mistakes, but it was a great learning experience for our guys to not only travel at the end of the year and get a feel for the postseason, but to also understand what it takes to win and you’ve got to minimize your mistakes and play good baseball at the end of the year,” said Hajek.

This year, the team has set higher expectations, especially for the postseason. One of the team’s goals includes winning the RMAC Championship.

“The strategy for the season is to be aggressive. We want to be an aggressive team and set the pace. Some teams, if you put pressure on them, you can force some mistakes,” said Hajek.

“Whether it’s taking extra bases, bunting, hitting and running, or doing some different things offensively to try to create pressure.”

During National Signing Day April 13, 2017,, the team signed six players to join the program, including two pitchers, two pitcher/outfielders, one pitcher/first baseman and one infielder.

“Our few gaps last year were with speed and usually in the middle of the field. We were having some concerns about defense coming into the year,” said Hajek.

The Mountain Lions had two pitchers on the All-RMAC teams last year.

Redshirt-junior Joe Slocum was the RMAC saves leader, earning himself a spot on the First Team. Junior pitcher Colin Cicere was on the Second Team and redshirt-senior  second baseman Efrain Medina was also named to the Gold Glove Team. Infielder Colin Ludwig was also named RMAC Freshman of the Year last season.

The team plays at Spurgeon Field, located across from Memorial Park. However, they look forward to Mountain Lion Park, a baseball field for UCCS student athletes that began construction in July 2017.

“Our brand new stadium is under construction right now and should done in three weeks to a month. It should be ready for the home opener,”said Hajek.

The team opens their home season against the University of Nebraska at Kearney on Feb. 16.

For more information on the baseball team, as well as a season schedule, go to gomountainlions.com.