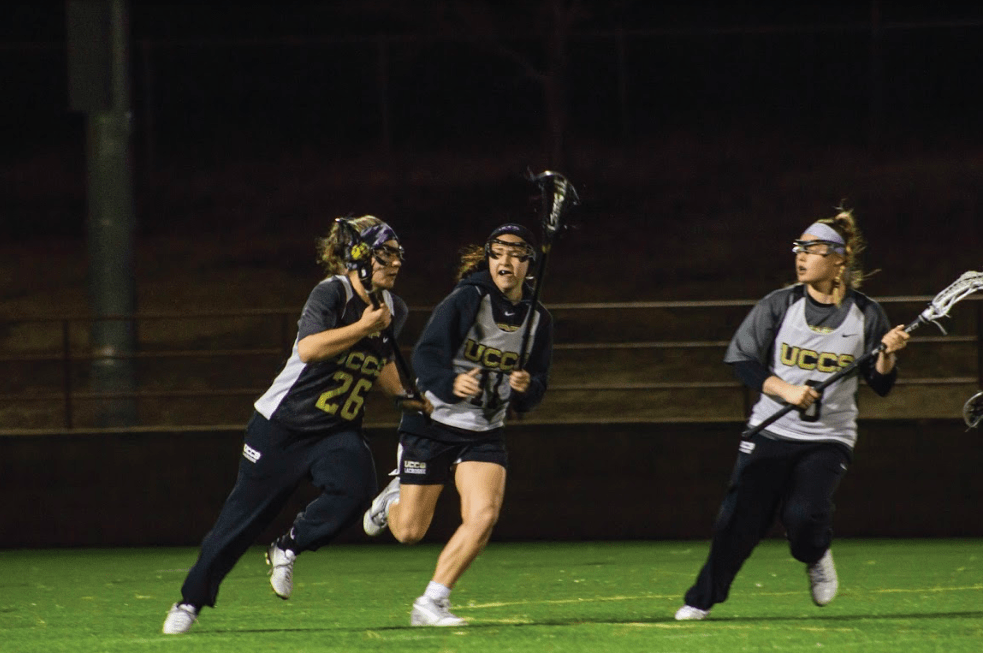 By: Luke Bennet
In: Sports & Recreation

The COVID-19 pandemic has affected student athletes across the nation, and those at UCCS are no exception.

All spring sports have been cancelled, so student athletes that were set to compete this spring have had their seasons cut short. Thousands of seniors across the country will not get to play their final season as college athletes.

Senior Annie Berg of the UCCS women’s lacrosse team was upset when she found out that the spring season would be canceled. “I have never been more disappointed about anything in my entire life,” she said. “I would have traded anything else to not lose this season.”

Berg said that her favorite memory while playing lacrosse at UCCS was when one of her teammates had been cleared from an injury. “There’s nothing like seeing someone get to return to something they love.”

Berg said she loves her team and will miss what would have been their last year of playing together. “[At] least there are no losers,” she said when asked what she would tell other student athletes who are in the same situation. “Nobody got conference champion or NCAA champion this year, so at least our senior year didn’t end on a low note like that.”

Berg is also a global environmental science major. “A lot of my classes had off-campus field trips and lectures. Not being able to go out and learn first-hand about some topics has been hard,” she said.

When Berg found about the switch to remote learning for the rest of the semester, she was disappointed that she could not go on the field trips and exploration days that her GES classes planned.

Berg, who is originally from Santa Fe, New Mexico, now lives in Colorado Springs as a full-time resident, so she didn’t have to travel far once the stay-at-home order in Colorado was enacted.

She plans on attending the online graduation and with the lacrosse season over, she is focusing on being selected to participate in officer training for the United States Marine Corps. Berg says she has been working out, going on hikes, and doing house improvements to pass the time.

“If all goes well with the Marine Corps, I will not be able to play [lacrosse in the] fall semester. If I was able to, I totally would,” Berg said. “Even if it was just fall-ball, I would come back to play with these guys.”