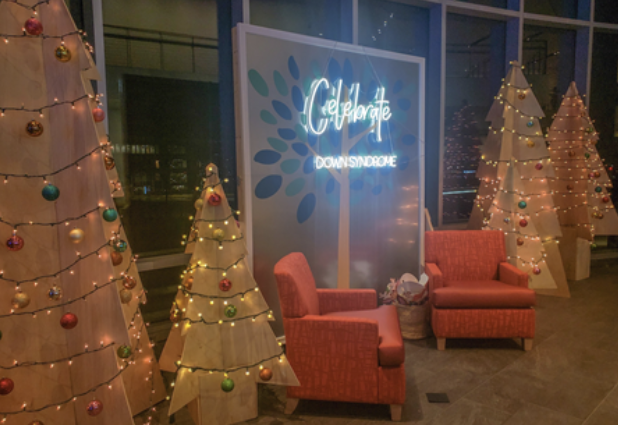 On Dec. 4-5, the Ent Center for the Arts hosted Jared Anderson’s “Christmas This Year Holiday Spectacular,” with a goal to raise $21,000 for Club 21, a Christian nonprofit dedicated to educating and supporting children with Down syndrome in South Africa.

According to the program, the show “is about the margin and the people on it” because Anderson and the creative team are “convinced that the stars of [their] show have something to teach us that is critical to learn.” The Ent Center described this show as a “90 minute Christmas extravaganza” that is “fun for the whole family.”

According to the Christmas This Year website, Anderson met Izelle Els, the founder of the Club 21 school, on a trip to South Africa in 2015 where he “fell in love with the Down syndrome community.” Els is mother to Jan-Herman, a young boy with Down syndrome, and it was due to a lack of services available in her community that she founded the school.

At Club 21, Els hoped children with Down syndrome would be able to discover their gifts and talents. Club 21 has more than 60 students and operates out of three school locations which assist with therapy, teaching and sports programs.

The “Christmas This Year” benefit was born and became an annual production, though the cast was unable to perform in 2020 due to COVID-19 restrictions. This year’s show was the seventh and was dedicated to Louis Eagle, a baby who passed away this year but was originally scheduled to be in the performance.

The show incorporated 18 individual performances, consisting of songs, choreographed dancing and videos which ran an hour and a half without intermission. This included a performance from pianist Emily Ford playing “God Rest Ye Merry Gentleman”; a musical number featuring unicyclists who caught marshmallows midair; and a rendition of Andy Grammar’s “Don’t Give Up on Me” from Lyla Anderson and ensemble.

The opening song “Extraordinary Magic” demonstrated the high quality of the show and every act thereafter with performances from Aly Begin, Christy Rollins, Mary Baumert, Jaden Hibdon, Chloe Cunningham, Daniel Tullis and Isabella Cordova. The orchestra combined with work from the lighting technicians and the dancers made for a visual and auditory spectacle.

In one act, a video called “Walking Around the Target Aisles” showcased Christmas cheer as the cast sang and made merry through the department store.

A second video, “Jaden’s Story,” was particularly heart-warming and addressed breaking common stereotypes about people with Down syndrome.

Between performances, the organizers announced that donations could be made through the Friends of Club 21 website.

Through donations, Els and Club 21 hope to fulfill their vision and meet the needs of a community by continuing to offer children with Down syndrome a “Christ-centered place where they can discover all they have been created to be,” according to the program.