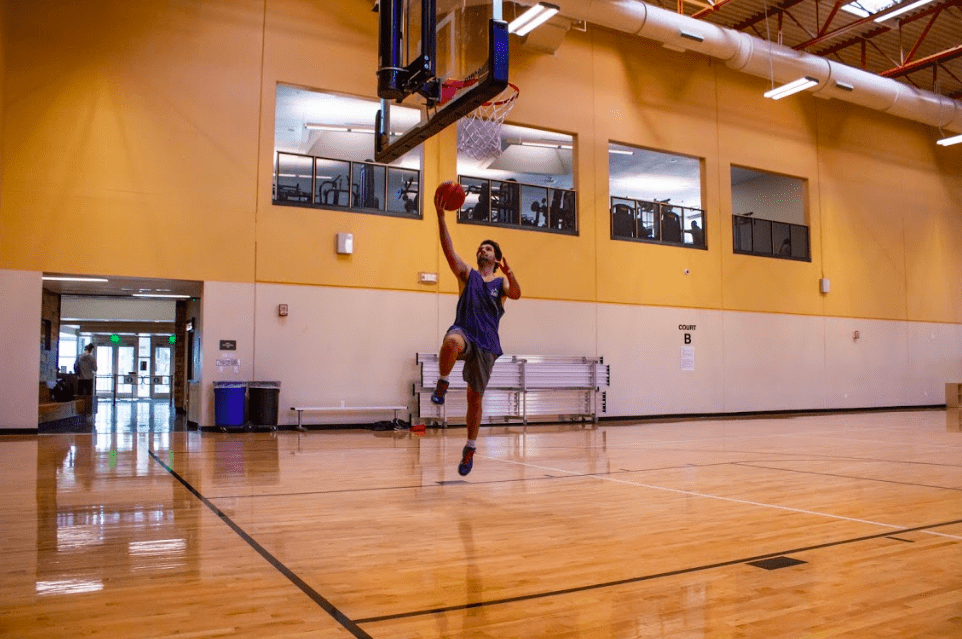 The recently purchased equipment cost an estimated $1,500 for jerseys, balls and a ball bag using funds given to them by the Student Government Association.

“This was our first equipment purchase for the club and it really is helping us to get going this year,” said Gage Dean, a sophomore who founded the club in October of 2017. “Last year, we had to borrow jerseys and balls from the recreation center whenever we would travel and play competitive games. It’s nice being able to have our own set of equipment and jerseys now, and not having to ask the rec center for balls before our tournaments.”

Dean founded the club because UCCS had no traveling basketball club.

“I grew up playing Basketball and have always loved the sport, and I wanted to keep playing it once I got here,” said Dean.

Shortly after its foundation, the club basketball team traveled to Nebraska and participated in its first competitive tournament. The team also played in the Colorado Springs adult basketball league, where it participated in 12 games over a regular season schedule.

“Many of the schools we played in Nebraska were division one and had already had club teams for awhile, so a lot of those teams were pretty good and experienced,” said Dean. “When we went to play in the adult league here in Colorado Springs, we didn’t really know what to expect, and we were hoping we wouldn’t go out and beat most of the guys too bad, but we were surprised and they all played really well.”

While most of the clubs members have grown up playing competitive basketball prior to attending UCCS, Dean said that the club wants to bring together students of all different experience levels to play basketball.

“The ‘tryouts’ we had were not really tryouts in a traditional sense. They were to see if people would be comfortable playing basketball at this level,” said Dean. “We are still open to anybody who is interested in joining the club, and actually just had a new person come out for the first time this week.”

The only requirements for those interested in joining are a current physical, a $100 fee which goes to traveling expenses, and for members to attend at least one of the two weekly practices from 7 – 9 p.m. at the Gallogly Recreation and Wellness Center on Tuesday and Thursday night.

“It’s a friend group,” said Dean. “It’s always great to meet new people and make friends while playing basketball. Since I’ve gotten here, most of the friends I’ve made have come from playing with people at the rec center.”

Now with a full year of experience playing together, and the equipment necessary to sustain themselves, Club Basketball looks forward to participating in its first competition of this season, the Rocky Mountain Collegiate Basketball League, which includes club teams from Colorado and Wyoming and is scheduled to begin on Nov. 11.