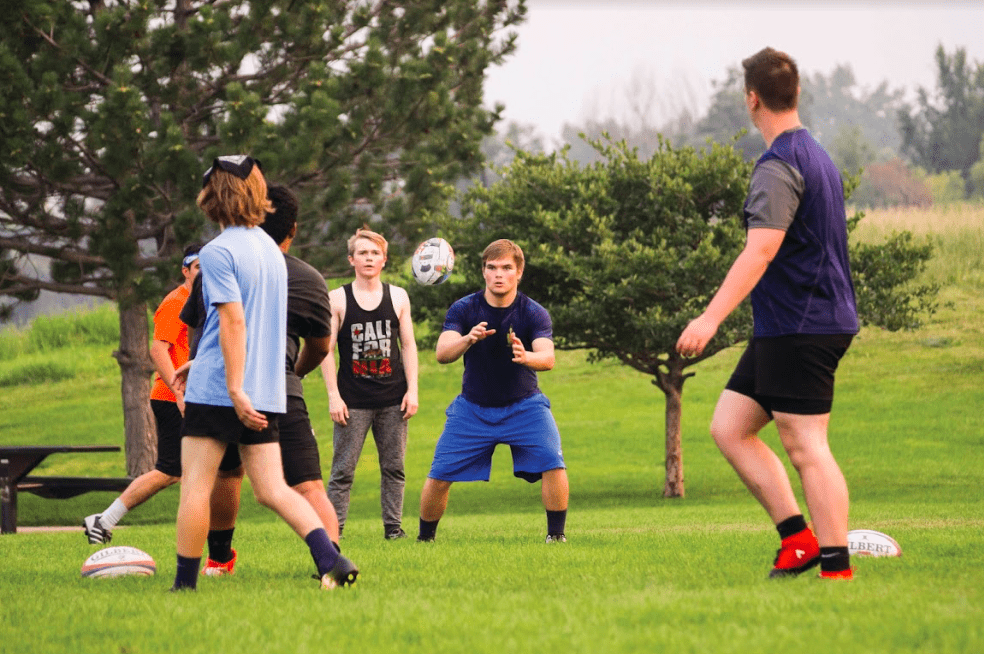 Club rugby looks to grow team, encourage students of all abilities to join

While other universities promote football as their main contact sport, some students at UCCS are focusing on growing club rugby.

Club rugby began at UCCS in 2013. However, the team didn’t participate in competitions until 2014, according to Victor “Kohl” Watson, president of the club rugby team.

“When it first came around, [the club] didn’t really have any funding or any knowledge of how to use [Student Government Association] funds. We had been a Division 3 team and this past year, we moved up to Division 2,” said Watson.

Rugby, an internationally recognized contact sport, is often compared to football. However, the duration of a match lasts 60 minutes with no time-outs in comparison to a football game, which lasts three hours.

According to Watson, increased membership has been beneficial to the team’s performance.

“Our numbers have grown since the club’s start. We’ve become kind of known within the league as a decent team who works hard,” he said. “We’ve gotten a pretty good reputation for the time we’ve been around.”

The club continues to look for people to compete on the team. The ability to get on the field and work hard is more important than prior experience when it comes to choosing new team members, said Watson.

“People are usually intimidated by the fact that they’ve never played. It’s honestly not that hard to learn; I learned quickly myself,” said Kohl.

Four or five members of the current team, including freshman Robert Case, have never played rugby before.

“I played football my whole life, and I’ve kind of just liked contact sports. [Watson] just asked me to try out for the team, so I did, and I ended up liking it,” said Case.

Students with various athletic backgrounds, like Case, are encouraged to try out.

“We’ve had people with backgrounds in football, soccer and we even had a gymnast at one point. Really any background that are somewhat athletic we could usually work with. There’s definitely different jobs in the field that allows for a diverse athletic background to be versatile,” said Watson.

A larger team would allow for more substitute players to come in should an injury or other conflict occur during a game, according to Case.

“We’d really like as many members as we could, especially for next year. There’s a lot of injuries and people who can’t make certain games, so sometimes we end up playing people at positions they aren’t accustomed to,” Case said.

Students can join the team at any point during the semester. Practices are Thursday nights on the Alpine Field from 7-9 p.m.

The next home game will be against the Air Force on Oct. 8.