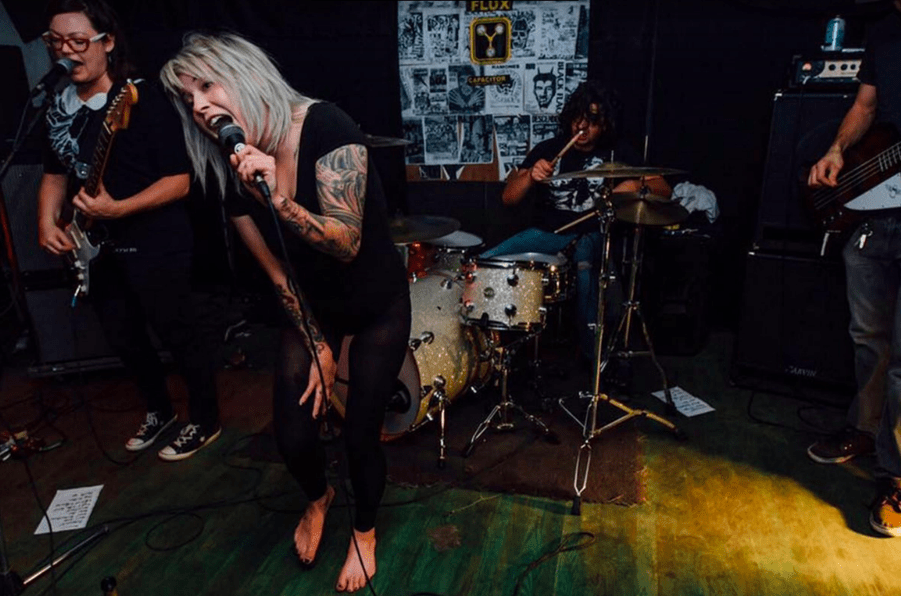 This is how Cheap Perfume, a Colorado Springs-based punk rock band, describes themselves.

Cheap Perfume was founded in 2015. The all-female band writes songs about rape culture, sexism, racism, relationships and their views on President Donald Trump, according to Jane No, Cheap Perfume’s songwriter, guitarist and co-vocalist.

The band toured in 20017, but Cheap Perfume hasn’t released any new material since their second full length album, “It’s Okay (To Punch Nazis),” in 2016.

“We were playing so many shows that it was hard to find time to write new stuff. So we’ve been turning down shows for a while so we can write. We have three new songs written. Our goal is to release a new album on vinyl,” No said.

No goes by a pseudonym while on stage due to the foul-mouthed and politically charged lyrics. Lead vocalist Stephanie Byrne, drummer David Grimm and bassist Geoff Brent take their inspiration from political events. The topic of climate change has given the band a new direction as they create new songs, according to No.

“There are enough songs about the early stages of romantic relationships. We have more important things we want to say — especially in our current political climate,” said No in an email.

The band played at the annual Punk Against Trump Festival on Jan. 20. The festival hosted several Colorado-based punk rock bands that expressed their anger against the president. Cheap Perfume’s set list included songs like “It’s Okay (To Punch Nazis)” and “Trump Roast.”

No believes that events like Trump Against Punk engage community members and spreads awareness of how people feel discouraged and outraged by the political climate.

“It’s powerful and important to feel solidarity with like-minded people,” said No.

Cheap Perfume redefines feminism in their own terms by making sure people are considering women’s issues from different perspectives. This mindset has enhanced their ability to reach their audience, according to No.

“With our music, we have a powerful platform — a literal stage — to bring to light topics of institutional sexism, racism and poverty,” said No.