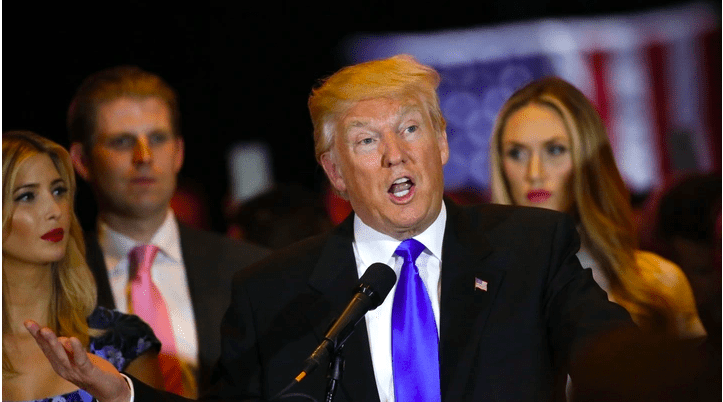 Not only do I feel like we currently live in a simulation, but our reality and our democracy as we know them seem to be crumbling. Over 200,000 people have died of a deadly virus that was not acknowledged by our country’s leadership, Colorado is currently on fire and experiencing snowstorms at the same time, the dreaded election is upon us and I feel scared for the outcome at almost all times of the day, and I am in debt from trying to educate myself about how to make our world a better place. And what is Donald Trump doing? Nothing.

Trump is not for minorities, no matter what you hear from your beloved Fox News or the talk radio that you listen to all day while you let the hate simmer. Trump is not a Christian like you all think; in fact, he is the exact opposite of everything that Jesus embodied. From race to religion to gender to sexuality, Trump will NEVER be on your side if you are a minority. If you are not a white, financially well-off, U.S.-born, straight, claiming-to-be Christian male then Trump is against your very existence, and if you can chill with your defensiveness to hear what I am trying to say, here is why.

The Black Lives Matter movement became even more prominent this year when footage of George Floyd being murdered by police was all over the internet. I will never forget the day that went viral, when the perpetual hate that lives in this country was served on a platter for all to see. An innocent Black man was killed, but he was only one of many.

Trump has a history of racism, and before you scream “FAKE NEWS,” keep in mind that this all actually happened, and I will use a variety of sources that all provide the same facts. Trump said all of these things, whether you refused to believe it or refused to care because it could never touch your privilege.

According to an article by Vox, on the campaign trail, Trump would blatantly make racist, xenophobic and bigoted remarks that targeted specific races of people. From calling Mexican immigrants criminals and rapists, to proposing a ban on all Muslims entering the U.S., to suggesting a judge should recuse himself from a case solely because of the judge’s Mexican heritage, Trump continuously showed his hatred for non-white people and non-citizens.

According to an article by HuffPost, Trump began referring to the coronavirus as the “Chinese virus” and “kung flu,” which made the year of 2020 a very scary year to live in the U.S. if you were of any Asian descent. Even his very own White House advisor, Kellyanne Conway, said this was a “highly offensive term.”

However, Trump’s racism did not start with the coronavirus. According to an article by Vox, this is nothing new for Trump. In fact, the very first time Trump appeared in the pages of the New York Times, back in the 1970s, was when the U.S. Department of Justice sued him for racial discrimination.

Trump claims to have done more for “Blacks” than Abraham Lincoln, but if that were true, he would be referring to these HUMAN BEINGS as black people, not categorizing them all into a separate type of identity from the human race. Trump did not take COVID-19 seriously, and because of this, the pandemic has killed nearly 1 in 1,000 Black people in the U.S. He is not for BIPOC.

Aside from the many harmful remarks Trump makes, which should be deal-breakers already, Trump is actively trying to do-away with the Affordable Care Act (ACA), which helps so many people of color. According to an article by Brookings, here are five ways Trump is sabotaging the ACA: reducing outreach and opportunities for enrollment in the ACA’s insurance exchanges; cutting ACA subsidies to insurance companies offering coverage on the exchanges; constructing off-ramps to cheaper, lower-quality insurance; promoting waivers that would decrease ACA enrollments and undermine its regulatory structure; and discouraging legal “aliens” from enrolling in Medicaid.

As Trump stands in front of millions of Americans during the presidential debate and claims he is doing so much for criminal justice reform, do not be so quick to believe him. According to an article by the Atlantic, Trump tweeted on Sunday, July 14, 2019, “Why don’t they go back and help fix the totally broken and crime infested places from which they came. Then come back and show us how it is done. These places need your help badly, you can’t leave fast enough.” He was addressing four freshman members of Congress: Ilhan Omar of Minnesota, a Somali-American; Ayanna Pressley of Massachusetts, an African American; Rashida Tlaib of Michigan, a Palestinian-American; and Alexandria Ocasio-Cortez of New York, a Puerto Rican. Pressley screenshotted Trump’s tweet and declared, “THIS is what racism looks like.”

Trump recently selected Amy Coney Barrett, a woman who is truly using the feminist movement and any rights women have fought for, to try and dismantle the progress. She seems like her ideal place to live would be Gilead from “The Handmaid’s Tale,” with such extreme conservative and patriarchal and staunchly Catholic ideals.

Though Barrett dodges most questions, we know that she opposes birth control and will fight to take away this human right. However, according to an article by NBC, the threat to abortion — and in vitro fertilization — is increasingly plausible, particularly in an America without Roe v. Wade. President Trump chose Barrett in large part because of his promise to reverse Roe.

Aside from this, Trump is notorious for being sexist, by normalizing rape culture and toxic masculinity. As a survivor of assault, I see how Trump’s words translate into the actions taken by fraternity brothers against women, and all the other men out there that use Trump as an excuse to be disgusting and disturbing toward women.

For the “Women for Trump,” how can you support someone who has 26 sexual allegations against him from women, according to an article by the Business Insider?  For those women who made the allegations, I believe you; I stand with you; and you are so brave. The amount of times I’ve heard, “these victims just wanted money,” is unreal. If those of you saying this knew what it was like to be a victim of sexual assault and to be told you are lying, then you would know that no amount of money is worth having to relive that sort of trauma for all to see.

Aside from this, Trump talks about grabbing women by their genitals, comments on their appearances and many other numerous hateful, hurtful and sexist remarks, but again, those have never been a deal-breaker or made “Women for Trump” think that maybe the president of the U.S. should respect women.

As for LGBTQ+ rights, Barrett’s appointment is a perfect example of how Trump may claim he is for a certain group of people, so they will vote for him, and then he will take away their right to get married.

According to an article by USA Today, Trump has barred transgender people from openly serving in the military, rolled back protections for trans students, flat-funded HIV/AIDS work globally and pushed for exemptions that would allow healthcare providers to refuse care to transgender people and those with HIV/AIDS. He banned U.S. embassies from flying pride flags, typically done in June to mark global Pride Month. The Trump administration also outlawed the words “transgender” and “diversity” in the Center for Disease Control and Prevention reports and stopped data collection for LGBTQ+ kids in foster care.

In June, the Supreme Court ruled that Title VII of the Civil Rights Act of 1964 protected LGBTQ+ workers against discrimination. The ruling is expected to have far-reaching implications beyond the workplace because it found that sex discrimination includes protections for people who are gay and transgender. However, the Trump administration has largely not enforced the rule.

Trump is not a supporter or advocate for LGBTQ+ people, and I fear for young children who identify as LGBTQ+. As for all of LGBTQ+ adults who cannot get jobs because they are gay, or all of the people who cannot get married because they are not a man and a woman, or all of the transgender children who may not get to transition if Trump is reelected and continues to push discriminatory legislation.

If you say all of this is “Fake News,” it probably does seem like “Fake News” to you, because it does not affect you. Your privilege leaves you to rely on empathy to understand how this president is affecting the minorities in this country. However, I cannot make you care about other people, and if all of this information does not make you at least second-guess Trump, I truly worry about your heart, your emotional intelligence, the hurt that you must hold to be supporting such hate, your lack of empathy and the selfish nature that guides you.

If we do not care about our people, our planet and ourselves enough to vote out this power-hungry individual that we, unfortunately, let gain too much control, then the next four years, and the years to follow, will be much worse than 2020. Keep all of this in mind while you vote.