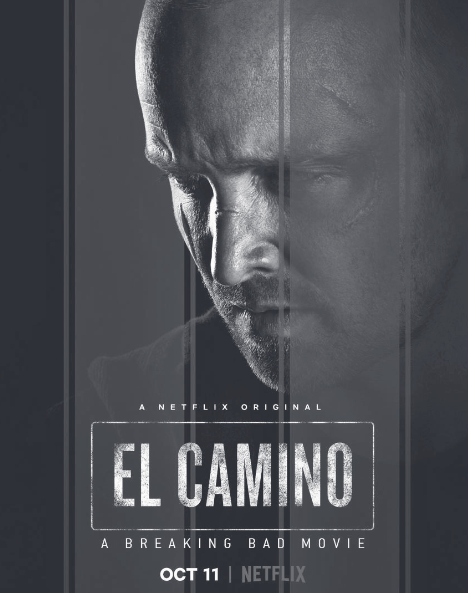 ‘El Camino’ lives in the shadow of ‘Breaking Bad’

Turns out that even with the best writers and directors, filmmakers have not fully escaped the era of sequels, prequels and reboots. As the highly anticipated follow-up film to the television phenomenon “Breaking Bad,” “El Camino: A Breaking Bad Movie” has fallen victim to the trap of our age, unlike its cousin series “Better Call Saul.” It is nearly impossible for a sequel or prequel not to live in the shadow of its predecessor, so there is some room for us to forgive “El Camino” for how it has fallen short, especially with such beloved characters and story.

Reprising his role as Jesse Pinkman, Aaron Paul gives a performance totally respectful of his character from the parent series. “El Camino” follows the character after having escaped from his captors, who forced him to continue his work cooking methamphetamine for their illegal drug trade. With the collapse of Jesse and Walter White’s business and Walter’s ultimate death, Jesse is now fleeing from the police as one of the most sought-after criminals in the story’s universe and is now also in search of a new identity after he threw away his chance at a new life in the fifth and final season of the series.

“Breaking Bad,” regarded as one of the greatest and most beloved series of the 2000s, ended with a bang so perfect and satisfying that a follow-up would not be necessary, but it still left us wanting more. That is what “El Camino” did; it has given us the final course of the meal, that shot of grappa or espresso signifying the close of a wonderful evening. No matter how delicious that last bite or sip is, it will not ever meet the same level as the main course, as “Breaking Bad” did.

At times it feels snubbed of those perfect shots and seamless dialogue, which the series delivered on at nearly every moment. However, that is to be expected with the change in format from television to film. New characters—sometimes too many—are introduced and follow a comfortable pattern of development, but those characters that return from the series lack a bit of je ne sais quoi from their pasts. They just do not work as well in the new format.

Even with small frustrations like character appearances and quick pacing, “El Camino” still manages to quench your thirst for what comes next and will leave you craving more. Even so, it would be sad to see more and more added to the story only to sacrifice quality in the story that has already been told. The series ended on its own terms before it drew on too long like so many other shows, which makes this movie a risk. But hey, it has done its job by drawing the story to a (hopefully absolute) close.