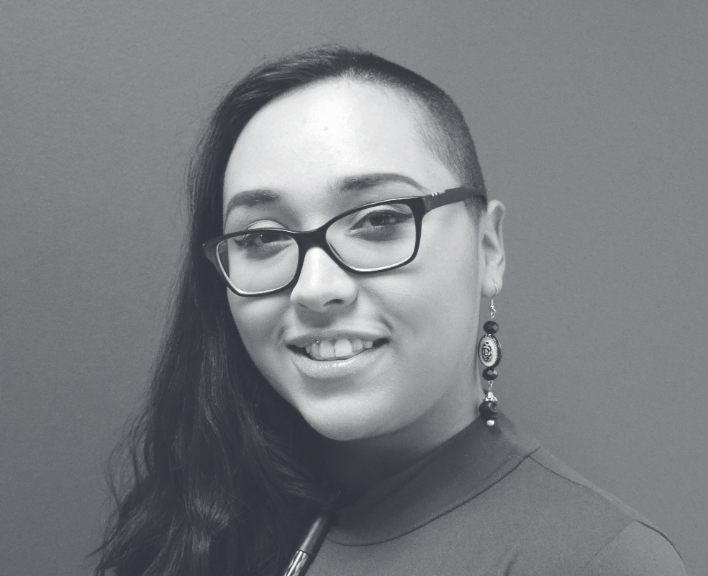 A Golden, Colorado native, Erynn Mitchell came to UCCS, to pursue a degree in film, with big dreams and even bigger plans for her future.

Mitchell initially knew she wanted to study film after a date.

“I remember I went on a date in middle school. It was so weird, but I went to ‘Skyfall.’ The opening sequence happened with all the Adele stuff and opening title credits and I remembered I had a weird spiritual moment. I cried and I remembered thinking to myself, ‘oh man! I want to make something that beautiful one day.’” Mitchell said.

Mitchell is an anomaly in film studies. When most people go into film studies, they do a lot of short films. Alternatively, Mitchell has completed two feature films and is working on an upcoming project that will serve as her capstone, that will be released to the public. Mitchell also received the LAS student mentorship grant for her short film project, “Kingpin.”

Her most recent short film was released on October 31, entitled “Sugar,” which was Mitchell’s last project before working on her upcoming, murder-mystery film, “Lenore.”

“I am a true-crime junky, and there was one case that always fascinated me, and her name is Joan Risch,” said Mitchell about the inspiration for her plot of “Lenore.” The disappearance of Joan Risch was a case about a housewife in the 1950s that went missing, though upon investigation, was found to have been researching missing people months before, opening rumors of a staged disappearance, according to Mitchell.

Mitchell, while applying for graduate school, is already planning for her next big project which she wants to be done in lieu of Agatha Christie’s “And Then There Were None.”

Along with her film work, Mitchell also runs an online magazine, keeps up with her weekly podcast, teaches film with Library 21C and takes part in theatre work, in which she was the assistant director for “Anna in the Tropics” at the Fine Arts Center of Colorado Springs.

“I grew up a brown woman, so I learned really early on, I might not be given a lot of opportunities that a lot of other people would have,” Mitchell said.

“If there’s no space for me at the table, why not make my own table,” she said, explaining how she does not want to wait around for a producer or graduate school to make it big. She is building herself now to be successful in the future. This can be seen through her production companies.

“I want to be able to have my first theatrical release in five years. In ten years, I want to be a member of the Academy by then. Super big goal. You always have Oscar dreams as well,” Mitchell said about her future.

In Hollywood, Mitchell credits the Black Dahlia as being one of her biggest muses, feeding into her love of true crime.

As for her other influences, Bob Fosse is huge on her list. She said, “I watched ‘Fosse/Verdon.’ It was crazy! I saw my process and how Fosse was exploring things and how he was overwhelmed by things. I saw my brain there.”

Another of her influences is Alice Guy-Blaché. According to Mitchell, she was technically the first woman filmmaker, but she was almost erased out of film history.

Lastly, Mitchell cites old Hollywood star, Marlene Dietrich. “I love her! She is perfect. She can do no wrong.”

Mitchell thinks of herself as a 24-hour work person. Her whole life, work and everything she does is film or related to the film industry in some way.

“To do [your dreams] for more than yourself is the real power, I think. You do it for that girl in your small town who’s going to be like, ‘she did it, so can I.’” Mitchell said.