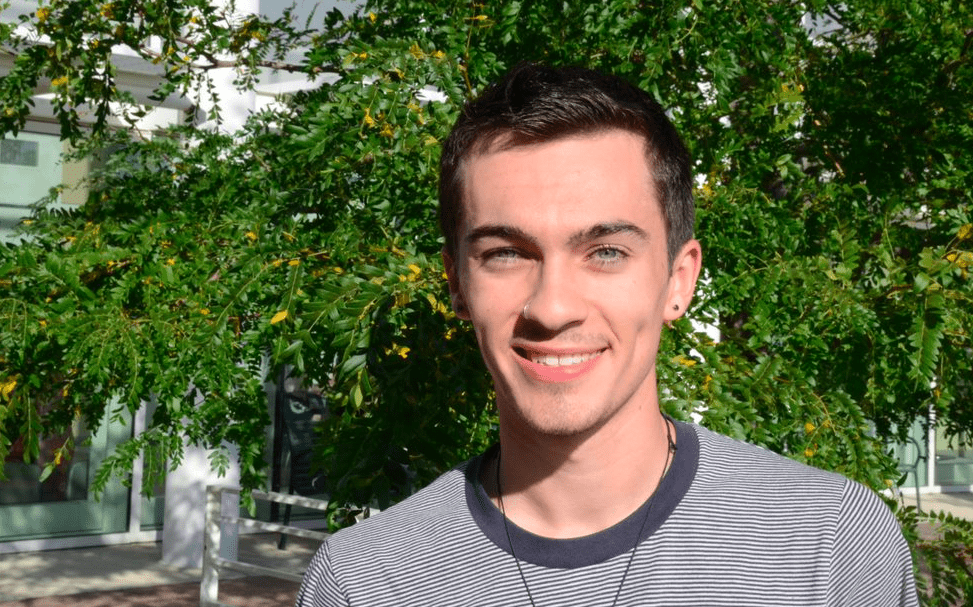 Finding inspiration in environmentalism through art

By: Julia Jackson
In: Features

When you think of environmental activism, you might think of volunteer efforts to clean the coasts, Greta Thunberg’s impassioned speech to the U.N. or even VSCO girls using metal straws to save the turtles. Austin Kent’s idea of making a difference revolves around art.

A sophomore and museum studies & gallery practice (MSGP) major at UCCS, Kent first took interest in making political statements about environmental conservation through his art over the past summer. He is working to create an art show that will encourage a less pessimistic attitude towards environmentalism.

He has two full pieces finished for this show, which will be a multimedia work. One is a collage made up of Kent’s work constructed with clippings from National Geographic and Sierra Club magazines. Kent described the other piece as “a wire sculpture, copper wire filled with clear plastic waste.”

Kent ultimately wants to include other artists in his show and not only raise awareness but lift his audience’s mood in a time when the news is often filled with scenes of climate disaster.

“I think the problems are super important, but it’s also important to keep people engaged and inspired as opposed to depressed and withdrawn,” he said.

As a survivor of childhood leukemia, Kent knows what it means to stay positive in the face of an uncertain future.

“My first memories are of treatment,” Kent explained. “I spent my whole childhood hanging out with kids that were terminally ill. We caught my cancer super early, so I was lucky. It wasn’t fun, but it was way better than a lot of the kids that I was around.”

On the lasting impact of childhood leukemia, he elaborated, “It definitely made me a lot more aware of people’s different circumstances… not even just direct physical health things but also mental health things that people go through that you won’t see the signs of.”

Art was a common thread throughout Kent’s life. He began drawing at a young age, in the basic way that most children do, including during his treatment. As he grew older, he became more interested in formal classes and the things he could do with his art.

Majoring as a museum studies student, Kent now focuses on understanding how museums and cultural centers work and what their role in a community is.

One of the things he likes most about the MSGP program at UCCS is its “capacity for telling stories,” he said. “Stories of underprivileged groups of people who have not in the past had the chance to tell them.”

Besides his interest in studying museums and the voice they give to people, he also has the goal of founding a cultural center that increases access to artistic materials – like dance, video, visual art, music, everything – and provides an outlet for students who might not financially have the resources to do those things.

Within the next five years, he hopes to have taken steps towards this business goal. “I want to travel and experience other cultures and see the way they treat art,” he added. “I would love to help other people tell their stories through that medium.”

Kent’s art is not yet displayed anywhere on campus, as his show remains a work in progress. You can follow him and his works on Instagram @austinkentart.