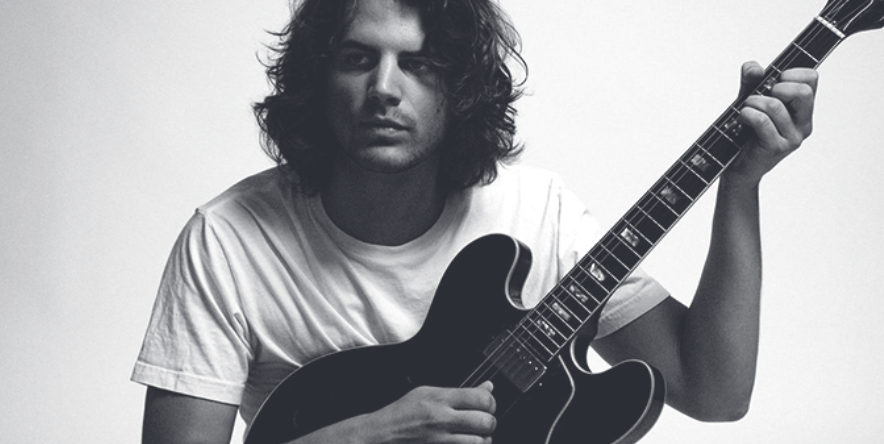 By: Mara Green
In: Features, Music

Kyle Emerson will release his second album “Only Coming Down” on Nov. 1.

In contrast to his 2017 album influenced by 70s singer-songwriter folk rock “Dorothy Alice,” his new album, “Only Coming Down,” incorporates more from 80s synth-style music.

Emerson grew up south of Detroit near the Michigan-Ohio border and moved to Denver with his best friend in 2014. He played live after a few years living there, meeting connections in the local music community.

In 2016, he moved to Los Angeles with his former band Plum in search of something more.

Speaking on his moving to Los Angeles, Emerson stated that living there helped him “connect some dots … in the industry.”

It introduced him to the technical sides of the industry, like working in the studio on the production side. But L.A. alone did not cut it for Emerson.

Despite the importance of the city in the industry, he was not ready for New York as an 18-year-old and was drawn back to Denver.

What is special about Denver? His answer was simple, and he stated that his first time out there was because of friends from Ohio in addition to the fact that bands such as the Lumineers had come out of Denver.

Speaking on his reasoning to move back, Emerson stated, “I just didn’t have a whole lot of resources in LA at that time.”

The record he had written called for the help of those he already knew in Denver.

“So, coming back to where I had [known] a lot of friends who could play in the live band and knew some people who could potentially record that record, it just kind of made sense for me to go back there and kind of build this project from the ground up in a place that I had a little bit more support.”

Knowing Emerson’s backstory painted a vivid picture about why his album “Dorothy Alice” sounds the way it sounds.

Melancholy, at times dark, but upbeat and hopeful. “I definitely cut my teeth on the folk thing,” he said about the folk-vibe his album exudes. “I spent a lot of high school and my early ‘20s listening to that stuff.”

In his new album, he set out to use more “lush” sounds. A leap through decades. On top of his musical style, Emerson’s creation seems to tell a story, which he compares to a conversation with a friend or a jog; he explained that listening to an album in its entirety feels cathartic.

“I think music that I’ve connected with forever was just stuff that seemed honest to the person writing and performing it,” he said.

He did not set out to write a dark record, even though “Dorothy Alice” is quite melancholy.

“You gotta sing from an honest place. If you’re sad, it’s probably going to be, like, a mirror of your soul and where you’re at.”

When asked to describe his music in five words, Emerson stumbled a bit, relating this question to the elevator plug, where you give someone a quick pitch in an elevator to pique their interest in what you do.

“Heartland rock,” he called it. “And then it’s kind of living in more of a modern, indie-pop world, you know. I always get psychedelic rock. There’s some of that in there.”

“Only Coming Down” is set for release on Nov. 1. Emerson’s music can be found on Spotify and YouTube, and his three singles “You May Find Peace,” “Better” and “I Can Change” will surely catch your ear. Emerson will be playing at Memorial Hall in Manitou Springs on Nov. 10. “I hope people come out and connect with it, because we’ve put a lot of work into it. I’m pretty proud of it.”