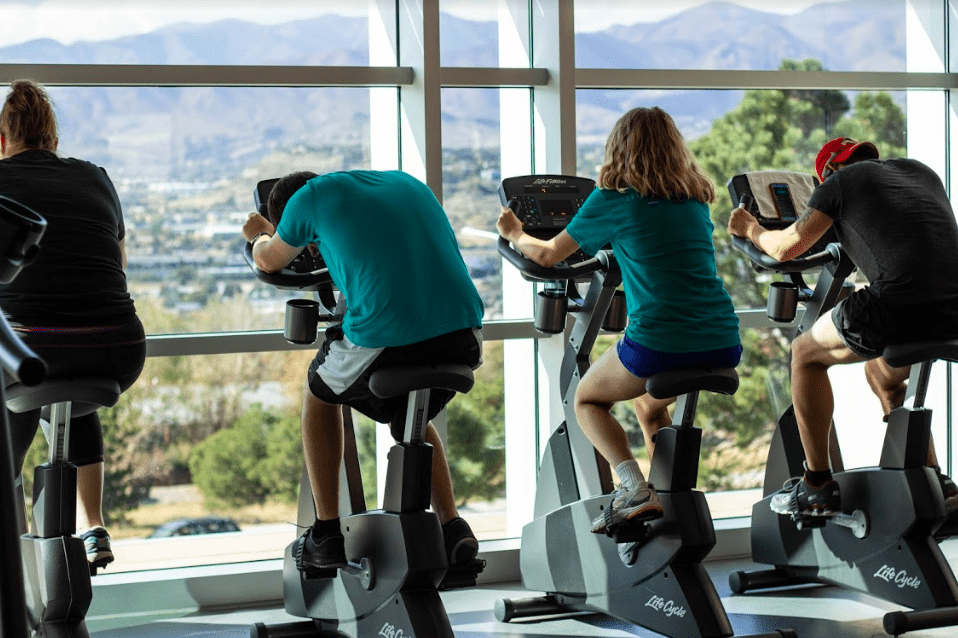 Over the last two years, UCCS and their indoor triathlon program has partnered with USA Triathlon (USAT) to host an indoor triathlon at the Gallogly Recreation and Wellness Center. The event is in its third year, and is scheduled for Nov. 10 from 8 a.m. to 1 p.m., “or until the last heat of participants has competed,” according to the official page on the UCCS website.

Last year, for its second indoor triathlon event, UCCS was the first University in the nation to host the USATri60 program as a sanctioned USAT event in partnership with USA Triathlon.

The entire event is held inside the Gallogly Recreation and Wellness Center. The swimming portion will be done in the pool, indoor bikes for the biking portion, and treadmills on the second floor for the running portion.

Participants are required to provide their own towel, swimsuit, biking and running shoes, but will receive goggles, a swim cap and a drawstring bag. Participants who finish the triathlon will receive a medal for finishing.

Heats consist of four participants, with a male and female winner being named for each heat. Category winners are determined by the total distance traveled during the event.

Brooke Freudenhammer, program coordinator of aquatics and special events, said via email that they are hoping to have fifty or more participants this year. Freudenhammer said that there were 12 participants in 2016, with the number of participants jumping to 42 in 2017.

“The purpose of UCCS’s indoor triathlon program is to grow not only the sport of triathlon, but to increase physical activity and promote a healthy lifestyle to all involved,” said Freudenhammer. “We wanted to create a triathlon that was open to patrons and athletes of all skill levels from beginner to advanced.”

Freudenhammer said that many of their participants are usually participating in their first ever triathlon when they attend.

“Since our event is measured in time instead of distance, the participants don’t feel pressured to complete a set distance. Instead they just run, swim, run, or walk as long as they can before the time is up, no matter the distance,” said Freudenhammer.

If registering on the day of the event, the cost is $35 for students, $40 for UCCS community members, and $45 for the general public.

For any additional information, feel free to contact Freudenhammer at [email protected].