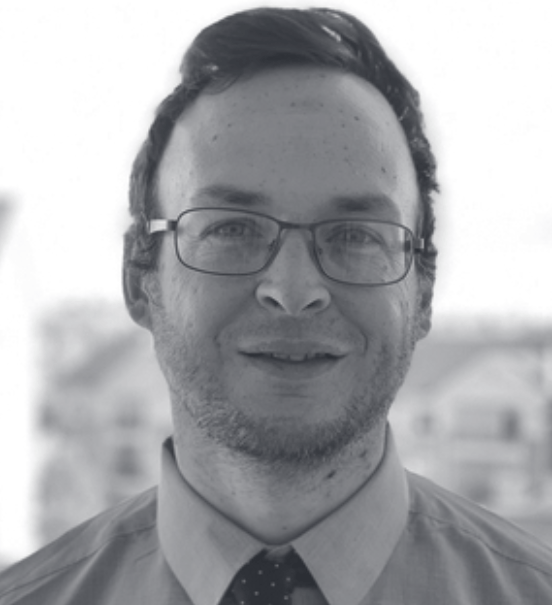 By: Jade Ellis
In: Features

Joseph Kuzma is not afraid of asking the hard questions. As a senior instructor in the philosophy department, it is a part of his job – to challenge his students to think differently about the world.

Kuzma began his academic career at UCCS, where he double majored in English and philosophy. He then continued onto England where he studied at the University of Warwick and earned his master’s in continental philosophy, the study of French and German Philosophy post 1800. He primarily studied the works of philosophers such as Immanuel Kant and Friedrich Nietzsche.

About his stay in England, Kuzma stated, “I got to watch a lot of different sports I was not used like cricket and lots of soccer.” He also shared that his favorite team was Chelsea FC.

Kuzma earned his PhD in philosophy and literature at Warwick before moving back to his home state of Colorado.

One of Kuzma main interests in philosophy is in the world of Artificial Intelligence, or A.I. for short. He is fascinated about the different possibilities in the future for human and machine interaction. He is intrigued as to see how we might use machines in the future to simplify what we already do.

As for the possibility of us living in a simulation, Kuzma explained that he is not so convinced. Further, he is not so sure that it matters whether we do or do not.

Kuzma teaches several 1000 and 3000 level philosophy courses. He also serves as an associate facility member for the UCCS Honors Program.

According to Kuzma, his main teaching objective is not to tell students what to think, but to help teach them how to think. He praises curiosity and loves to think about the interesting questions that can be taken out of the classroom.

Outside of UCCS, Kuzma is a true Colorado native. He loves to be outdoors, hang around animals (especially dogs) and watch sports.

When asked what he loves most about UCCS, he answered without a second of doubt, “My amazing colleagues, and of course, the location.”

To the students of UCCS, Kuzma voiced how lucky we are to be at such an amazing school and that the level of instruction at UCCS is world class. He added, “The philosophy department especially, every professor has a PhD and there are so many different and cool philosophy classes that you can take.”

Kuzma has hopes of helping more students discover philosophy as he plans to continue instructing at UCCS for the foreseeable future.

One does not have to be crazy observant or incredibly philosophical, but if you are interested in asking interesting questions like “do we live in a simulation?” and “what is truth?” then consider taking a philosophy class, ideally with Kuzma.

Kuzma is an incredible teacher who makes any level of philosophy immensely intriguing. He is a down-to-earth teacher who evidently cares a lot about his students. It is hard not to enjoy his classes. He makes his students think about complex topics in the most interesting light and helps them to become better thinkers and people.