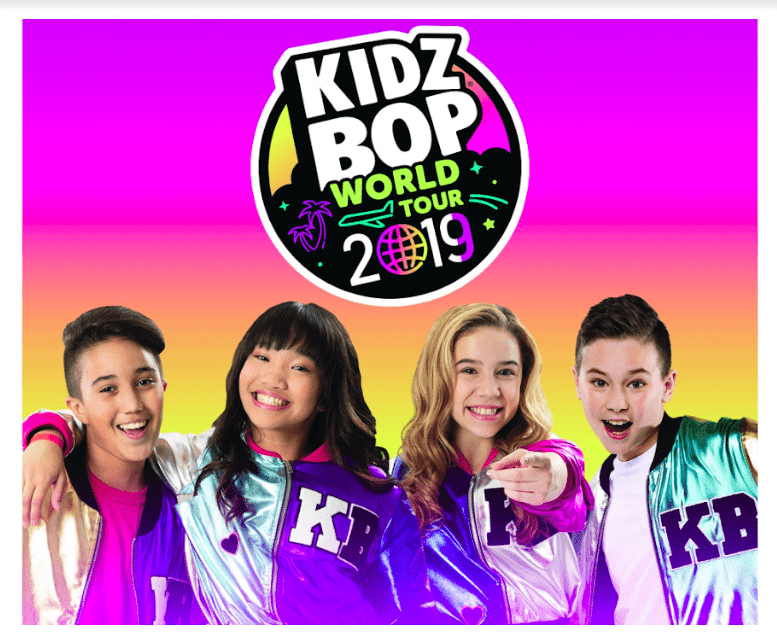 By: Jean Splice
In: Features, The Scribble

On Jan. 18 2019, history was made when Kidz Bop released their 39th album. Featuring kid-friendly versions of songs such as “I Like It,” originally by Cardi B., and “Breathin,” originally by Ariana Grande, the album sold over 20 million digital copies within the first hour of being released. The album also won multiple grammy awards.

Since the release of the album, each member of the Kidz Bop band received a Pulitzer Prize, a Nobel Peace Prize and a Presidential Medal of Freedom, making the members of Kidz Bop the only other musicians besides Bob Dylan to receive these awards.

Respected music critic Bucky Lovehard of Rolling Rocks Magazine claimed, “If I had to choose my top three favorite albums, they would definitely be “Dark Side of the Moon”, “Abbey Road” and of course, “Kidz Bop 39.”

Very few bands can boast to have released nearly 40 albums. Kidz Bop is truly a legendary band, and they recently kicked off their world tour in Colorado.

I was lucky enough to get an interview with two of the band members before their concert at the Pepsi Center in Denver.

Lead vocalist Kimmy Greene is only seven years old, yet she is a veteran of the music industry. “I have been doing this since I was four years old. I’m a professional,” Greene said during an interview. She agreed to meet with me in her dressing room before the concert.

“After a while, you begin to ask yourself, what does it all mean? Why am I here? Why are my parents making me do this? What is the meaning of life?” said Greene.

Wearing a fur coat and a pair of sunglasses, the solemn seven-year-old sipped on a latte, which she then threw directly into the face of her personal assistant. “I said I prefer my latte to be 103 degrees, Sharon! Not 100 degrees! God [expletive]!”

When asked about her creative process, Greene declined to comment and then instructed her bodyguards to escort me out of her dressing room. I asked her for an autograph, but she refused and then proceeded to call me “uncultured swine” among a few other choice words.

Later that night, I had the opportunity to meet up with Kidz Bop bassist Joey Dartmouth. The precocious eight year old agreed to speak to me in his hotel room.

I found Dartmouth sprawled out on the floor of his hotel room surrounded by dozens of empty juice boxes. He then sat up and took a swig of a Capri-Sun. “Ah, that’s the stuff,” he said.

When asked about how he got involved with Kidz Bop, Dartmouth responded, “I got into this business because I loved the music. John Paul Jones is a hero of mine. It’s not about the money or the fame or even the groupies. It’s all about the music and also the juice boxes.”

When asked about the next Kidz Bop album, Dartmouth stated, “I am looking into other projects. I think I might even start my own band. I feel I have outgrown Kidz Bop. When I first joined the band, I was a naive and overly-confident seven year old. Now, I’m a much more cynical and world-weary eight year old. I don’t even eat Lunchables anymore.”

I asked Dartmouth if his recent break-up with ex-girlfriend and lead vocalist Kimmy Greene had anything to do with his plans to leave Kidz Bop, but he declined to comment and continued drinking his Capri-Sun in silence.

(Note: Not long after this interview was conducted, Joey Dartmouth checked himself into rehab for a juice addiction).