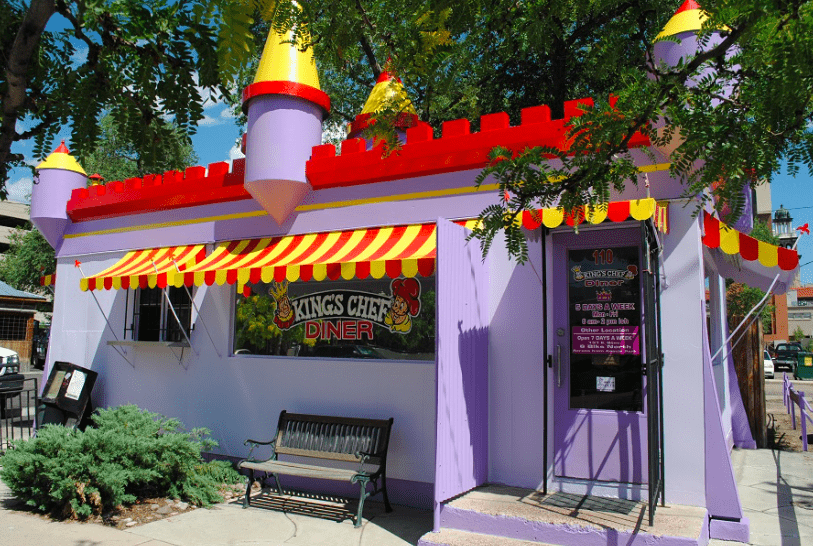 By: Spencer Traut
In: Features

Rate: two out of five stars

If you’re looking for a fresh, authentic Mexican meal, King’s Chef Diner may not be the first place you want to go.

King’s Chef Diner is a restaurant that specializes in restaurant and lunch dishes with a special twist: green chili. The diner has been named the Best Diner in America, among other accolades, according to their website.

But I found my experience to be much different.

I found the burrito to be unappetizing; the sausage was overcooked, the eggs were cold and the portion size was enormous.

For this visit, I ordered the Pancho Via, a steak tortilla rap ($11.95). Between the tortilla wrap and the topping of green chilies, it resembled the breakfast burrito from my first visit and made me sleepy afterward.

The Pancho Via, which included tomatoes, lettuce, onions, peppers, Angus skirt steak and fries on the inside, wasn’t as unappetizing as the burrito, but it wasn’t much better.

Remarkably, it retained the flavor much better than the breakfast burrito, but I suspect that was because of the fries.

The Pancho Via, which is spelled incorrectly on the menu, was too salty. I think the steak is to thank for that, which tasted like it was marinated in sodium.

The cheese balanced out the sodium, which is a good thing; without the cheese, I probably would not have been able to digest the dish in its entirety.

“But we have an ATM in here, don’t worry,” an employee told me. Last time I found that convenient, but this time I read the fine print when pulling taking out the cash.

The screen read this: “The owner of this ATM [KING’S CHEF DINER] charges a fee of $2.50 to complete this transaction.” In other words, if you didn’t bring cash, that $11.95 entrée was really about $15.

The fee makes the restaurant feel shady, and that might not bode well for customers.

Consider trying a breakfast burrito at other restaurant, and save the $2.50 for a rainy day.