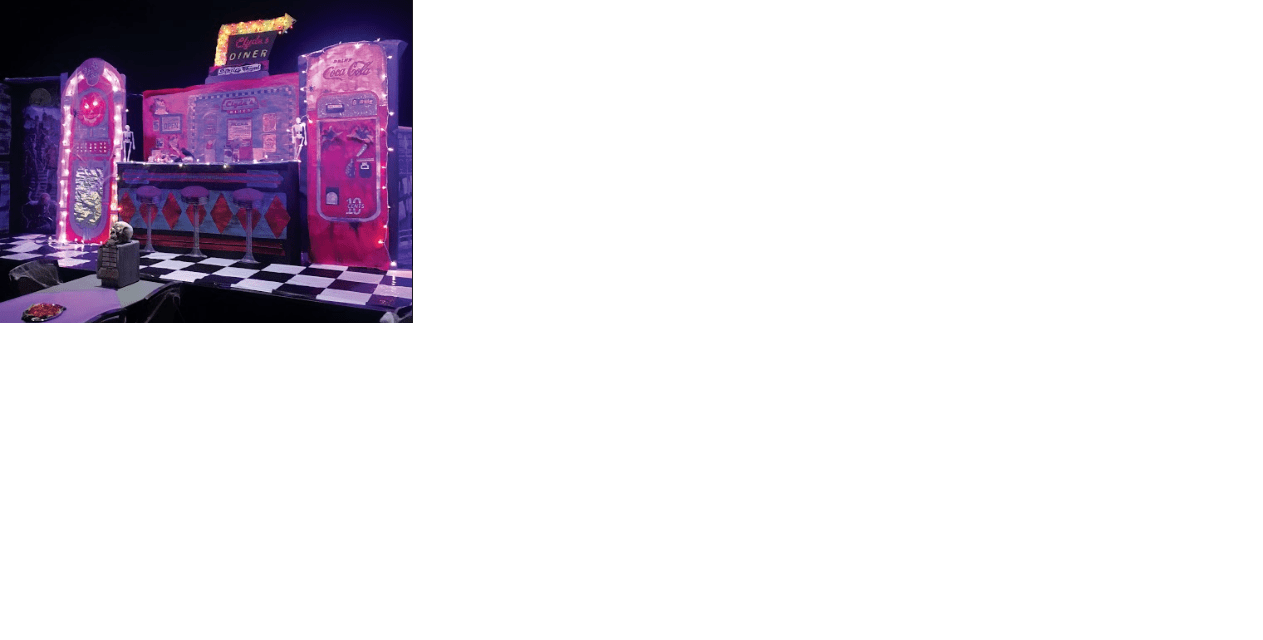 By: Mikayla Nunn
In: Features

This Halloween, the walking dead became the dancing dead.

The night started at 7 p.m. with a dance lesson led by students to Michael Jackson’s “Thriller,” which was followed by basic swing dance lessons.

Sticking with the theme, DJ Jontheghoul and DJ Swiveler played retro and electro swing music during the free dance time.

The theme was inspired by the zombie subculture and pin-up style, according to Stephanie Guffey Jr., vice president of the Lindy Lions Swing Dance Club.

“We wanted a colorful, yet undead atmosphere,” said Guffey, a senior sociology major.

The club hosts their annual Halloween event to gain student interest and promote a more social and involved school environment, said Guffey. Since hosting their annual events, the group has grown from two team members to 20.

The dance allowed current and former students to reconnect.

Keri Myers, a graduate student, came to the dance a second year to reconnect with old friends.

Students enjoyed reconnecting with new and old members of the club, according to senior accounting major Luke Hansen, who has been a part of the club for two years.

“(The club) has been a great community. It is just a really close group of people. Many students start at events like this one here, and it becomes a launching point,” said Hansen.

With increased freshman involvement, Guffey said that she is excited for the future of the club, hoping to see more offi ces and delegation in leading the group.

“The freshmen class this year is awesome. They have been to all the events, and even though I am not in a sorority, I feel like a big sister. I get to teach them, but also be their friends,” said Guffey.

Beginners are allowed to teach after they learn the basics as early as their third week, according to Guffey.

“If someone is interested in teaching, we get them there,” said Guffey.

The club prides themselves in their community, and offer free classes and cheap workshops. Swing dance is an easy way to build community because it is social and easy to learn style of dance, according to Guffey.

“Everything is free to try to make it accessible to people who can not afford it. It’s hard to pick up a hobby, especially dance because it is expensive,” said Guffey.

“Swing is the most social and friendly dance. It’s not to structured; it’s a very free, vernacular street dance, and we are trying to stay true to that.”