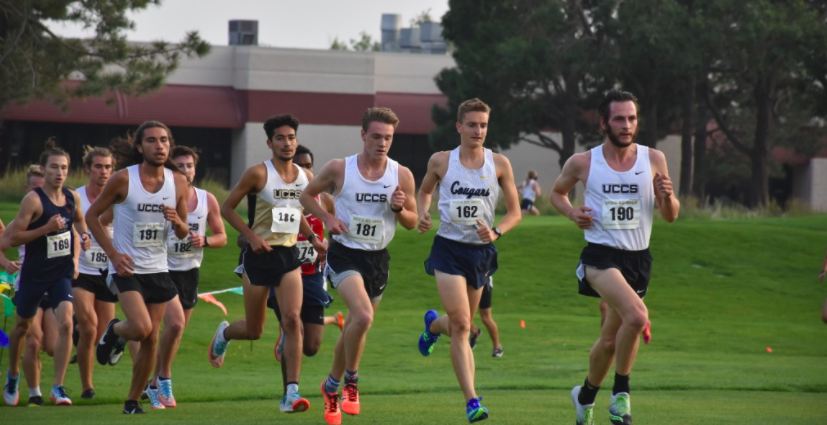 By: Luke Bennett
In: Sports & Recreation

UCCS Cross Country has been one of a few fall sports in which athletes were able to compete and have a full season despite COVID-19 still being a concern. Runner Charlie Kieffer, for example, found success this season, earning the Rocky Mountain Athletic Conference (RMAC) All-Academic honors.

Recently, two team members could not attend meets after testing positive for COVID-19. That was a big challenge for Mark Misch, head coach of Men’s Cross Country, as he explained, “We lost our top two men to quarantine less than 48 yours before the RMAC Championships. That was obviously very disheartening.”

The team overcame that hurdle and qualified for the D2 XC National Invitational.

However, the team was not able to attend nationals after UCCS prohibited the team from going due to COVID-19 concerns. The team was only notified of their inability to compete in nationals less than 24 hours before.

“It goes without saying that it was obviously devastating news for the team because we knew we had a shot to do really well,” Misch said.

Misch said he is proud of his team this year and how they performed, even while COVID-19 presented obstacles during their season.

“I am proud of the men for their work and approach to the season over the past eight months. We were still ranked #7 in the final polls out of about 100 D2 teams that competed this fall,” Misch said.

Misch shared that his team accomplished as much as they could, given the circumstances this season. “They were handed some cruddy situations and had to keep going.

When we were able to compete at full capacity, I think people saw glimpses of what the team was capable of,” Misch said.

Since it was hard for the team to all run as one unit, Misch said he was able to see lots of individual growth.

Misch feels that this season cannot be compared in any way to his previous 25 seasons of coaching. It was a tough season as a result of the pandemic, but the coaching staff and players still gave it their all.

Misch hopes that next season will be better and that the athletes can qualify for nationals again and be able to compete.