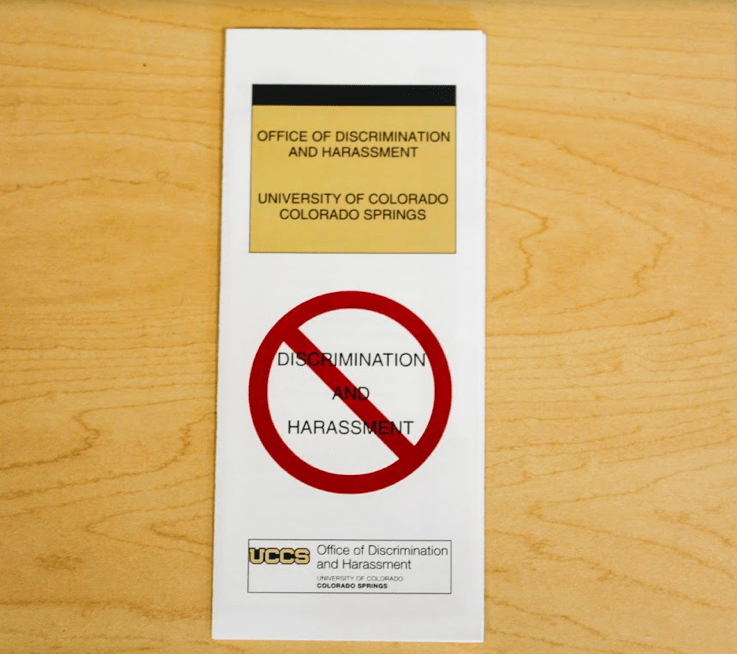 The withdrawal of Obama-era guidance on how schools should respond to sexual assault has not affected UCCS’ policies of reporting and responding to sexual misconduct on campus.

Secretary of Education Betsy DeVos described civil rights enforcement related to campus sexual assault as a “failed system” last month, saying that the government did not equally protect both the victim and accused’s rights.

The guidance also used the “preponderance of evidence” standard which, according to the Administrative Policy Statement 5014, means “more likely than not.”

The Department of Education wants schools to move toward “clear and convincing evidence” standard instead, which must be more probable to be true than not. Colleges and universities are now allowed to move to this standard, according to a statement made by the Trump administration on Sept. 22.

As of now, there are no current changes to how CU campuses, which include CU Boulder, CU Denver, Anschutz Medical Campus and UCCS, will respond to instances of sexual violence and assault on campuses.

This means that UCCS will not change the current process of reporting and responding to sexual violence and assault. It is unknown when new official guidelines will be implemented.

At UCCS, the current system of reporting a sexual assault has been in place since 2012.

Guidelines for reporting a sexual assault or instance of violence are governed by the Administrative Policy Statement 5014, which was made effective on July 1, 2015.

The Department of Education has stated that it intends to address federal rulemaking processes that the Trump Administration has with the Obama-era including the evidence standard, according to Tia Luber, assistant counsel at UCCS.

“UCCS must continue to follow the requirements contained in APS 5014, until or unless the APS changes” said Luber.

“The APS, as well as the campus policies and procedures, contain the preponderance of the evidence standard. The university will respond to any mandates by the federal government to ensure that its policies are compliant with legal requirements.”

The APS 5014, which applies to all CU campuses including UCCS, “prohibits all forms of sexual misconduct,” according to the policy. Sexual misconduct is defined as a form of “sexual discrimination.”

In 2016, there were six reported rapes in on-campus housing and one sex offense of fondling on campus, according to the 2017 Annual Safety and Fire Safety Report. There were zero reports of sodomy, statutory rape and sexual assault with an object in 2016.

Options for reporting and assistance following one of these instances, confidential resources and the investigation process are included in the document.

Patrick O’Rourke, vice president of the CU University Counsel and secretary of the Board of Regents, said that the CU system is evaluating the policy already outside of the Trump administration’s announcement.

“We were already conducting a review of APS 5014, which is the system-wide sexual misconduct policy, and we are making good progress,” said O’Rourke in an email.

“We are focusing on jurisdiction and reporting, but are looking at a number of issues.”

The Trump administration has not yet created a new standard, so the CU system did not have a mandate to change existing policies, according to O’Rourke.

The current process at UCCS focuses on truth-seeking, according to Jamie Duvall, interim Title IX coordinator in the UCCS Office of Institutional Equity. OIE revised their process and procedures on July 1, 2017.

The processes and procedures apply to conduct that occurs both on and off campus, along with all students, faculty and staff at UCCS.

According to the APS 5014, faculty and staff members who witness or receive information regarding sexual misconducts must report the instance to the Title IX Coordinator, including the name of the complainant, respondent, witnesses and other relevant facts.

The OIE will only move forward once they have received the complainant’s consent in “participating in our procedures,” according to Duvall.

Those accused of sexual assault, referred to as “respondents,” are also involved in the process to ensure that each side is considered equally.

“We want to represent their [respondent’s] side and do a fair job of gathering information on both sides,” said Duvall.

If the misconduct is criminal in nature, the Office of Public Safety will get involved. The Office of the Dean of Students may also be involved to implement sanctions after reviewing the OIE’s investigation, according to Steve Linhart, dean of Students.

Sanctions, which can be a warning, suspension or expulsion, according to Linhart, can be placed on students as a result of an investigation or retaliation.

According to the APS 5014, retaliation is defined as “adverse action threatened or taken against a person because an individual has filed or provided information in connection with a complaint of sexual misconduct.”

“Whatever would be appropriate for that situation, our office would take the lead on those actions,” said Linhart.

Students can also report the incident to confidential resources, including the Wellness Center at 255-4444, according to the UCCS Discrimination and Harassment Policy.

For more information on the APS 5014, visit cu.edu/ope/aps/5014. To read the OIE’s Process and Procedures 2017-18, visit uccs.edu/Documents/equity/Process%20and%20Procedures.pdf.