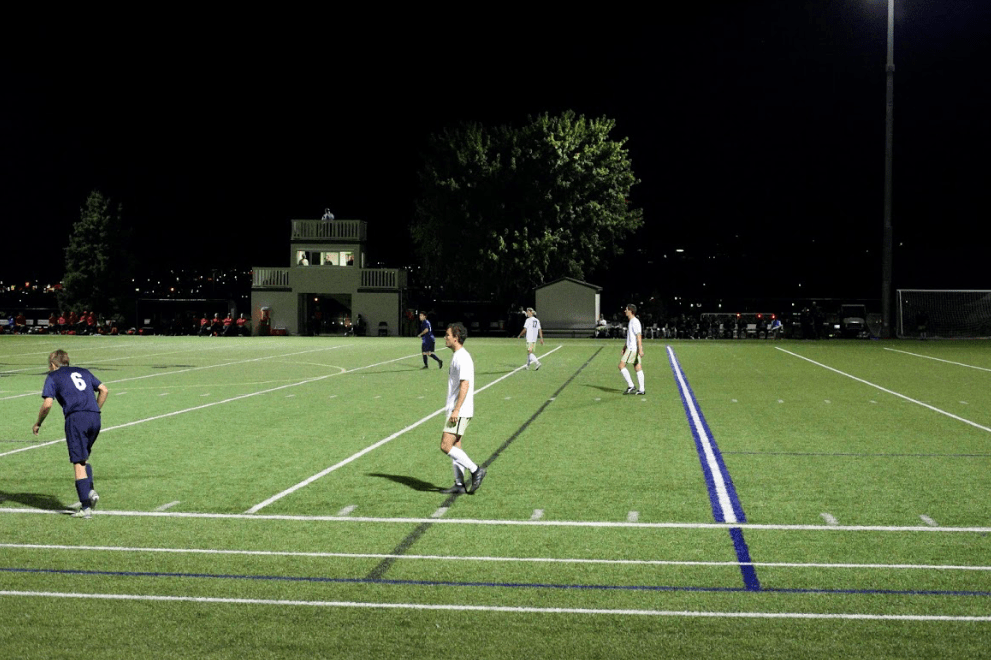 For most students, leaving home to go to school can be a difficult transition. But for freshman Daniel Brevig, the transition was a chance to try something new – 4,595 miles away.

“It wasn’t a hard transition to leave Norway to come here. Going to school in another country is an experience that most students wouldn’t really think about,” said Brevig.

Brevig, a business major on the men’s soccer team, is a defenseman from Oslo, Norway. Brevig has a family history with soccer, a popular sport in Norway.

In Norway, there are 1,822 registered football clubs and 393,800 registered players, according to Football Bible.

“Soccer is a big sport in Norway. My whole family has played soccer their whole lives. It was just natural for me to play too,” said Brevig.

Since Oct. 16, Brevig has played in 12 of 14 total games, scoring one goal on one attempt during the season. In the Brevig came to UCCS after receiving a scholarship and wanted to have the experience of leaving home.

“Coming here was similar to living in Norway. Both countries have a lot of diversities. However, the soccer tactics are different. Norway has had a longer culture with soccer and are more experienced in the sport,” he said.

While Brevig has not received any awards yet, he said that awards like Rookie of the Year and Offensive and Defensive Player of the Week are some of the awards that are seen in the United States but in Norway, awards aren’t common.

“Unlike the United States, awards are not normal in Norway,” said Brevig.

The men’s soccer team will play Regis on Oct. 26 in Denver and Colorado Mines on Oct. 27 in Golden.