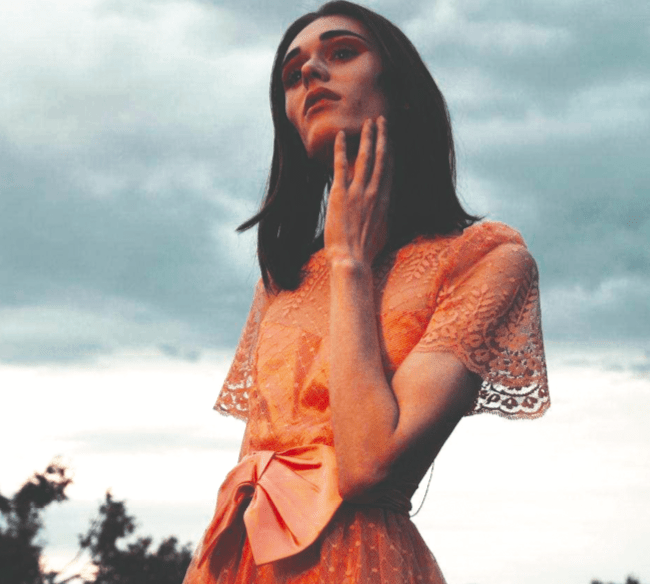 By: Joy Webb
In: Culture, Voices of UCCS

“I had known for most of my childhood. Coming out was the hardest part.”

Delaney Maeve is a junior at UCCS majoring in psychology. For most of her life, she had known that she was transgender, but it was not until 2018 that she decided to act on it.

“I started taking hormones last year and decided to begin transitioning when I was a freshman,” said Maeve. During her freshman year at UCCS, she had been seeing a trans therapist in the area to seek support and guidance for coming out and transitioning. This was not the beginning of her struggle.

“I grew up in New York and lived there for 10 years, then I moved to Maine for 5 years, then to North Carolina for 2 years and then to Colorado for college,” said Maeve. Everywhere she went, there was still a feeling that she was hiding behind a wall and couldn’t be her true self.

Though transgender awareness has been an important focus at UCCS and in general, the struggle is still present. There are now trans models, actors and actresses, and spokespeople that are at the forefront of the media fighting for rights.

A new and popular show on HBO, Euphoria, has a trans actress, Hunter Schafer, as one of the lead characters. Even though the media and college campuses are normalizing and supporting the trans movement, there is still a lack of acceptance.

“When I was first on hormones, my biggest concern was hiding it. I wasn’t showing it at first. Having a grip on my emotions was the hardest part, because being on hormones puts you through a second puberty when you cut off testosterone and go straight into estrogen,” said Maeve about another struggle of transitioning. Coping with the hardships of transitioning, like taking hormones, was added stress to having to also deal with people not being accepting, even sometimes her own family.

“After I came out to my family, they cut me off. I took a semester off and got a job as a caregiver while I was starting hormones,” she said. During this time, Maeve  was suppressing all the feelings that came with it in order to cope.

Even though there have been those who have not supported her, Maeve said that most of her friends “are really accepting and say that ‘[they still love [her].’” After transitioning, she has found it to be easier to make closer connections and friendships with people that she has always known and also new people that she meetsbecause, before she transitioned, she was always closed off.

This year, she hopes to reinvent herself and figure out what she wants to do with her life. With reinventing and transitioning came renaming herself.

“In elementary school, I grew up in New York, and there was this girl on my block that rode the bus that was the coolest bitch named Delaney, so I chose the name based off people I know,” she said. Although everything is changing, Maeve has never felt more comfortable in her own skin because before, she was always worried about what other’s thought.

As for school goals and aspirations, Maeve is not expecting it to be easy. “I’m really hoping for no drama and smooth sailing, but I know I have to be realistic,” she said. “I’ve always had trouble focusing, and so I want to work on that. I used to always be focused on my image and how I acted and talked, but now it’s different.”

Aside from getting good grades and focusing on classes, Delaney has more long-term expectations as well. “I’ve thought about becoming a trans counselor or a psychiatrist.”Ultimately, she just wants to help others. She has also been contacted about modeling since transitioning and has considered doing it now that she is comfortable in her own skin.

As far as being a student at UCCS, she said everyone has been fairly accepting.

“I don’t know how it will be at UCCS. I can go out in public fine and going out on campus is fine. I’ve only done it a couple of times and nobody says anything or glares at me,” said Maeve. “UCCS has definitely made efforts to reach out to me and have tried to get me to go to MOSAIC by letting me know that it’s there after I talked to academic advisor.”

One of the biggest obstacles she has conquered is going out into public wearing a swimsuit. “I went to the pool today, and that was a big deal. It helped because my friend was really assuring, but it’s like I have to rip off another band-aid each day.”

Maeve also identifies as pansexual, and she has found that it does not really matter the sexuality,because it is more about the person’s openness. She said that relationships with others have been hard thus far,\ because,according toher, everyone views her as a ‘kink’ or an ‘experiment’ rather than a person.

Even though she did not get to come out the way she wanted to and was not ready, she wishes she would have sooner. “I wish I had more time and had transitioned sooner, because I had a wall up. I wish I came out in high school, but I kept putting off by making up a lot of excuses,” she said.

The first step to continuing her college career begins this fall. Delaney will only be taking three classes this fall to start out small and get comfortable because it is still a lot of stress taking hormones to transition.

According to Delaney, transitioning was the most important thing, and she has always focused on that. “I never thought I would be here, and I didn’t think it was going to happen; I always hoped.”

“I’ve been told ‘you’ll never be a woman and you’ll never find love,’ and I’ve had all my insecurities pointed out,” said Maeve, but nevertheless, she persists.