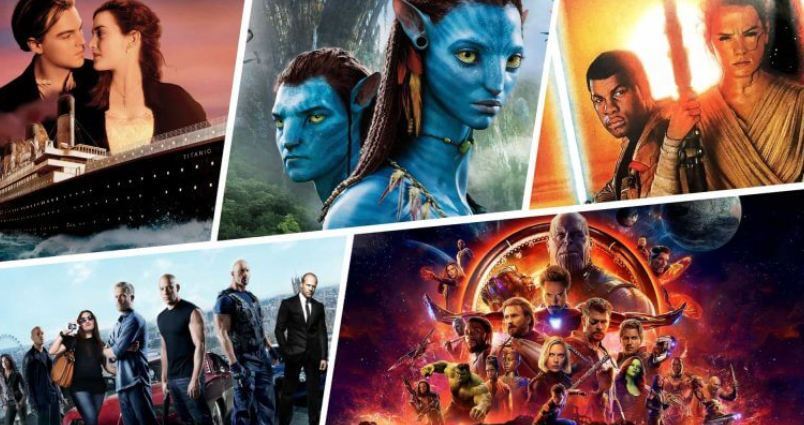 By: Scotty Dunne
In: Opinions

In today’s cinematic landscape, tentpole blockbusters dominate the available big screens in theaters across the country, as the little guys of the silver screen fend for scraps.

Think about the movies you’ve seen this year. What comes to mind? I’m willing to bet most of you instinctively conjure up an image of shirtless Miles Teller with a mustache or Robert Pattinson glaring wearily into the distance as Nirvana plays in the background — and I can’t blame you.

Eight of the 10 highest-grossing movies at the box office so far this year have been sequels, reboots or adaptations of established properties. “Top Gun: Maverick,” “Doctor Strange in the Multiverse of Madness,” “Jurassic World Dominion,” “The Batman” and “Minions: Rise of Gru” take up the top five slots.

The problem with this does not lie in the quality of the films. “Top Gun” garnered both critical and audience acclaim, as did Matt Reeves’ Batman adaptation. Rather, the problem here lies in the lack of time and funds required to keep up with your favorite tentpole properties while also enjoying smaller, independent pieces in theaters.

It seems every month a new installment of an established series or franchise is released to theaters, and the average moviegoer only has so much money to spend on movie tickets in a year.

With rising ticket prices and rising costs of living, audiences have to make decisions on which movies they see in theaters as opposed to streaming at home with services like Netflix, HBO Max and Disney+.

Imagine sitting through the previews for a movie. You see a trailer for the latest Batman film and a trailer for an intriguing horror movie with an original screenplay (i.e., “Barbarian”). The original film looks promising, and you do want to see it, but you think to yourself, “Hey, this might be really great, but I don’t know for sure. I’ll just wait to catch it when it comes on Netflix or something. I’d rather spend my money to see Batman!”

Batman is the safer choice. You’re a huge Batman fan, you have to see this one, whether it sucks or not, right? This isn’t just a movie, it’s a pop cultural event. You’ve got to be there.

It’s not that audiences don’t want to see movies with original screenplays, they would just simply rather spend their limited ticket funds on properties they are already invested in.

Unfortunately, this creates a problem for smaller films. Due to the stacked competition they’re faced with in theaters, not a whole lot of people get the chance to see them in the venue these movies are made for. Instead, they get their very important and impressionable first viewing reserved to a phone or living room TV at home.

I’m a firm believer that a movie theater is the premier location for watching a movie, and it’s a shame that so many indie films (and even award circuit favorites) won’t get a significant audience at the silver screen. Movies you’ve never heard of deserve the same chance at a movie theater audience as the seventh “Spider-Man” or 23rd “Fast and Furious.”

It’s doubly unfortunate that audiences can’t do much to change the landscape. You could “vote with your dollar” and forgo blockbusters and only see smaller films, but that’s not feasible or healthy for moviegoers to go out of their way to avoid seeing “Avengers 8” in theaters in a vain attempt to get Hollywood to consider restructuring an oversaturated market. There’s nothing wrong with wanting to see the latest Marvel movie in theaters, and I wouldn’t want people to deliberately miss out on seeing it on the big screen.

My suggestion can only really apply to people with realistically disposable incomes. If you have the funds, I would recommend seeing more smaller movies in theaters (trust me, you won’t regret it), but don’t stop seeing blockbusters.

I love movies, and I think there’s something to entertain you or at least something to learn from every single film. Just see more movies, and see how that shifts the future of film selections at your local theater.

Hopefully, Hollywood will change their mindset about which movies to produce, and hopefully ticket prices decrease and inflation curtails. In the meantime, keep enjoying movies in theaters. It’s the best place to see a work of art.

2022-09-27
Previous Post: Voter registration guide: resources and advice on midterm election voting
Next Post: OPINION | You’re missing out on the college experience by only coming to campus for class