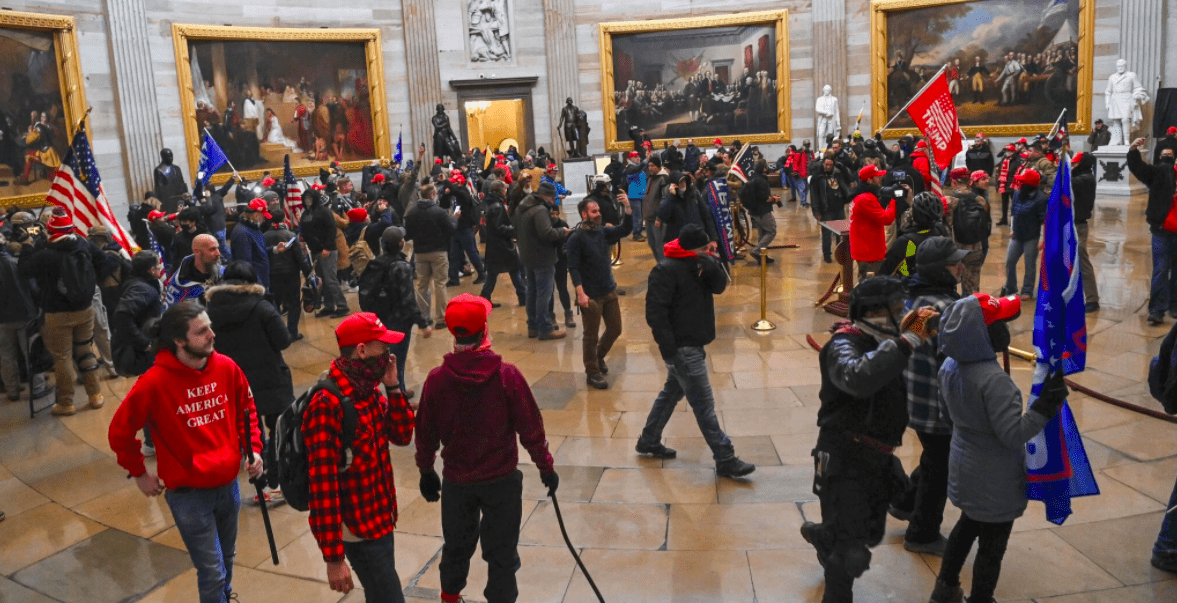 OPINION: Trump’s rhetoric had a direct impact on the Capitol insurrection

By: Julia Jackson
In: Opinions

From the outset, the new year sought to live up to its tumultuous predecessor. In the first full week of 2021, we were faced with a direct attack on the U.S. Capitol by a mob seeking to overturn 2020 presidential election results.

In the landscape of crises, we’ve lived through over the past year, the insurrection of Jan. 6 may seem like just a blip on the radar. However, it’s important that we don’t forget these events, or who is responsible for them.

Jan. 6 began as the day that Congress would ratify President Joe Biden’s victory through the Electoral College vote count. It was also the day of former President Donald Trump’s “Save America” morning rally, during which he espoused his claims of election fraud. Trump demanded that Congressional Republicans “protect our Constitution” by refusing to accept the election results and instead sending them back to the states for recertification.

I woke up that morning to videos of a crowd tearing through barriers and trampling over the minimal police presence at the Capitol, brandishing Trump flags, Confederate flags, neo-fascist flags and, ironically, Thin Blue Line flags.

Trying to understand how exactly this happened, I listened to Trump’s speech in another tab as I watched the scene. I felt cold chills when I heard him invite his supporters to walk to the Capitol “to try and give our Republicans … the kind of pride and boldness that they need to take back our country.”

Ostensibly this was a call for peaceful protest and political action, but seeing this display of “pride and boldness” by the mob, it wasn’t hard to believe that I was witnessing the beginning of a coup against the president-elect.

The breach of the Capitol forced the joint session of Congress to adjourn and evacuate, after which the mob broke into the Senate chamber and other legislative offices in the building. Rioters smashed windows, looted offices and defaced art and architecture. Many live-streamed their actions, making little effort to hide their faces, and took selfies with police officers. They walked out carrying stolen laptops, furniture and even House Speaker Nancy Pelosi’s lectern.

Some members of the crowd also carried weapons and zip ties, raising concerns about a possible intent to harm or take hostage members of Congress. A notable target might have been former Vice President Mike Pence.

Multiple times during his speech, Trump called on Pence to act during the vote count, under the impression that Pence could somehow accept or reject electoral votes at will.

Meanwhile, in a letter to Congress, Pence said, “I do not believe that the Founders of our country intended to invest the Vice President with unilateral authority to decide which electoral votes should be counted.”

Trump later tweeted his disappointment that Pence “didn’t have the courage to do what should have been done,” and soon after that, the mob took up the chant “Hang Mike Pence!”

Besides rank-and-file Trump supporters, groups that participated in the riot included Oath Keepers, Proud Boys, the Groyper Army, QAnon and other far-right extremists. Many have been identified since their arrests, while others flagrantly made their affiliations known through symbols and slogans. One disturbing example present on shirts and patches was 6MWE, for “6 Million Wasn’t Enough,” referring to the number of Jewish people killed in the Holocaust.

If it isn’t obvious, Trump’s words mattered to those who attacked the Capitol, and his words — throughout his presidency and particularly in the election cycle — have been irresponsible at best, and dangerous at worst.

Trump tweeted a few other times throughout the afternoon, urging the mob, which had already breached the Capitol, to “stay peaceful.” Almost two hours after the breach, as the action began to wind down, he finally called for his supporters to disperse, in a video address that was removed by Twitter soon afterward.

“We have to have peace. So, go home. We love you. You’re very special.”

He said that, to people who were actively committing an act of domestic terror. I almost couldn’t believe my ears, until I realized that this was just a natural progression from his earlier remarks about the “pride and boldness” he expected from his followers. Not only did he use most of the video to repeat his claims of election fraud, rather than openly denouncing what had been done in his name, he congratulated them on what they accomplished.

No matter which angles you look at it from, Trump did far too much to encourage what ended up becoming a direct assault on the Capitol and far too little to stop it from spiraling out of control.

In the wake of this threat to our democracy, pro-Trump protests continued at state capitols leading up to Biden’s inauguration, again joined by many far-right extremist groups. His believers have not gone away, and neither has the rise of fascism in our country.

While the U.S. political stage has grown considerably quieter since the transition to the new presidential administration, and while we have other issues to worry about each day, we cannot simply move on as if Jan. 6 never happened. We cannot pretend that those actions were an unpredictable or unusual move by their perpetrators.

If we ignore this, we open ourselves to even bolder attacks from within.

2021-02-12
Previous Post: Research article featuring UCCS professor examines children’s ability to understand deception
Next Post: OPINION: The arts are dying at the hands of our leaders