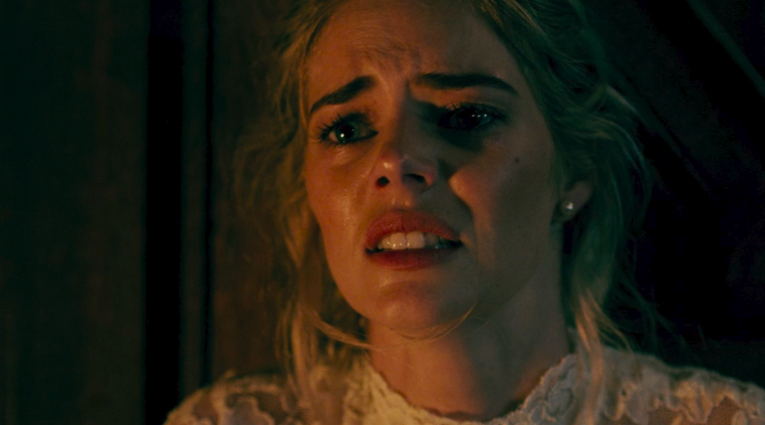 ‘Ready or Not:’ the light-hearted take on typical horror flicks

“Ready or Not,” directed by Matt Bettinelli-Olpin and Tyler Gillet, takes horror cinema to… well, pretty much the same level as it has been. Playing off the classic theme of man-against-man, the film takes advantage of its mundane attitude and delivers an enjoyable piece for horror fans and others.

On her wedding night, Grace (Samara Weaving) and her new husband Alex (Mark O’Brien) must consummate their marriage according to Alex’s family traditions: by playing games. Grace is unfortunate enough to choose hide and seek, though his family’s take on the child’s game involves hunting down the bride.

This surprisingly funny, gruesome horror film does an outstanding job at keeping audience attention. There is never a boring moment, with the entire 95 minutes filled with either laughs, gore or suspense — often all at once.

But these days, it is not so difficult to find dark-comedy horror films, so what makes this one so special?

There is nothing spectacular about “Ready or Not.” Which is exactly what makes it so enjoyable.

It comes way too often that we watch a movie, for example every DC movie from the past decade, that takes itself too seriously. So many characters run away in fear, as one should when being hunted, but even under similar conditions characters in “Ready or Not” retain their hyper-realistic human traits and express themselves in very human ways.

That means the characters, along with us, acknowledge the same jokes. A character hiding away trying to figure out how to use a weapon? Hilarious. Disgusting gore that somehow weaves in an Arrested-Development-style running joke into itself? Hilarious. There really is hardly a moment in this film without substance.

Aside from the impeccable plotline of this movie, the artwork, image, sound and everything else is astonishing. Gillet and Bettinelli-Olpin may not have huge names in Hollywood, but this horror film work of art is the cake the horror genre needs to continue surviving.

So many thanks go to the ones on the screen, too. Weaving plays a heartwarming, innocent-yet-hardcore protagonist, exactly what we look for in a main character. And O’Brien as her matured and timid on-screen husband completes the humanity in this film, a welcome break from the deadliest game.

Like any good film, no one character steals the show. The ensemble cast, of course led by Weaving, works so well together, with almost no leg up on one another. Yes, there are characters more prominent than others, such as Alex’s sympathetic brother Daniel, who clearly push the other characters aside for their own moment in the spotlight, but this all works perfectly with the film’s storyline.

Crazy in-laws are put into perspective when compared to the characters presented in “Ready or Not.” Escape from your own hectic life and join Grace as she herself escapes her new life, heading into an uncertain future.

Who will survive? Who will die? Avoid the trailer. Go in blind. You will see just how much of a rollarcoaster ride this movie goes down.Take a friend to jump with you when you get scared, grab a bucket of popcorn to nervously snack on and head down to a theater near you to witness “Ready or Not” for yourself.