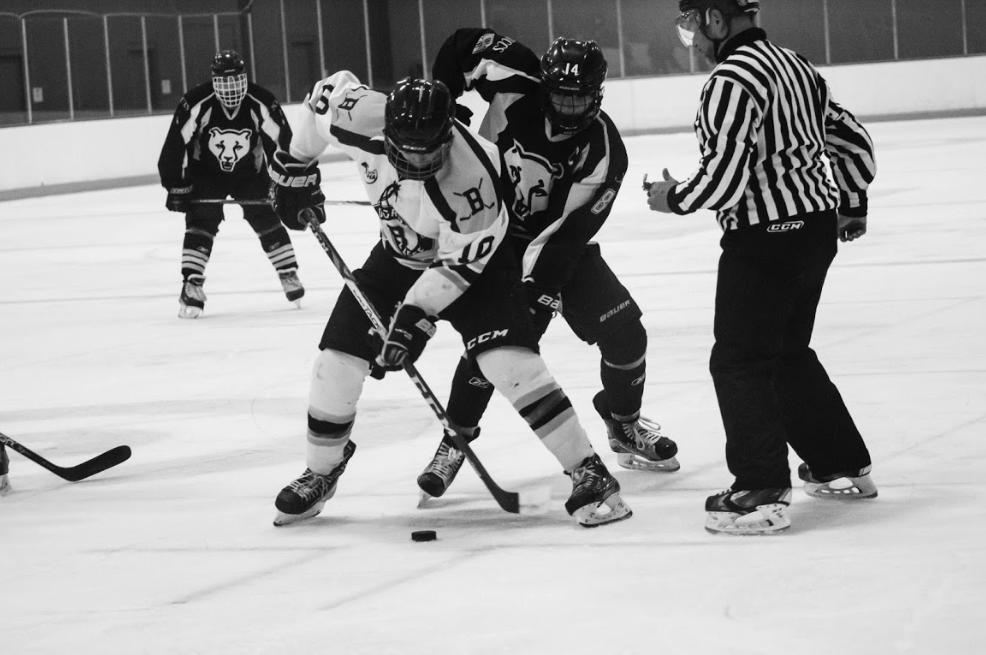 With the end of any season comes reflection, and as the last four games for the UCCS Club Hockey team near, senior players are realizing that this is their last chance to play.

“It won’t hit me until after it’s done.  (The season ending) will be a big change and will be pretty sad,” said Smith. “I think I speak for the rest of the guys when I say that it’s a weird feeling.”

This semester, there are 20 players on the team, 18 of which are skaters, and two goalies. Club hockey competes in the American Collegiate Hockey Association at a Division III level.

The seniors on the team, like senior engineering major Matthew Kofsky, captain of the team,  are passionate about the sport and do not want it to come to an end.

“It’s pretty emotional. I first learned to skate when I was three and started to play when I was six,” said Matthew Kofsky. “Being this age, you kind of age out of it.”

Last semester, Fort Lewis beat the hockey team with hometown advantage, but UCCS has a chance to redeem themselves against the Skyhawks.

“It was a losing season, but we beat Western (State Colorado University), and we got new jerseys,” said Kofsky.

As this season comes to an end, senior members have high hopes for the club after they leave. New members will be able to try out in September.

“I want there to be more growth on the team as the school’s growing and more competition,” said Kofsky. “Hopefully the hockey team will eventually be its own program in the NCAA division.”

Not only is the hockey team an ideal opportunity to play a sport competitively, but it’s also a great place to build a community, relationships and a legacy, according to Kofsky.

“This is something I and everyone else on the team is proud of. They’re a great group of guys and we all have similar interests,” said Kofsky.

“Our team goal is to leave the team better than we found it.”