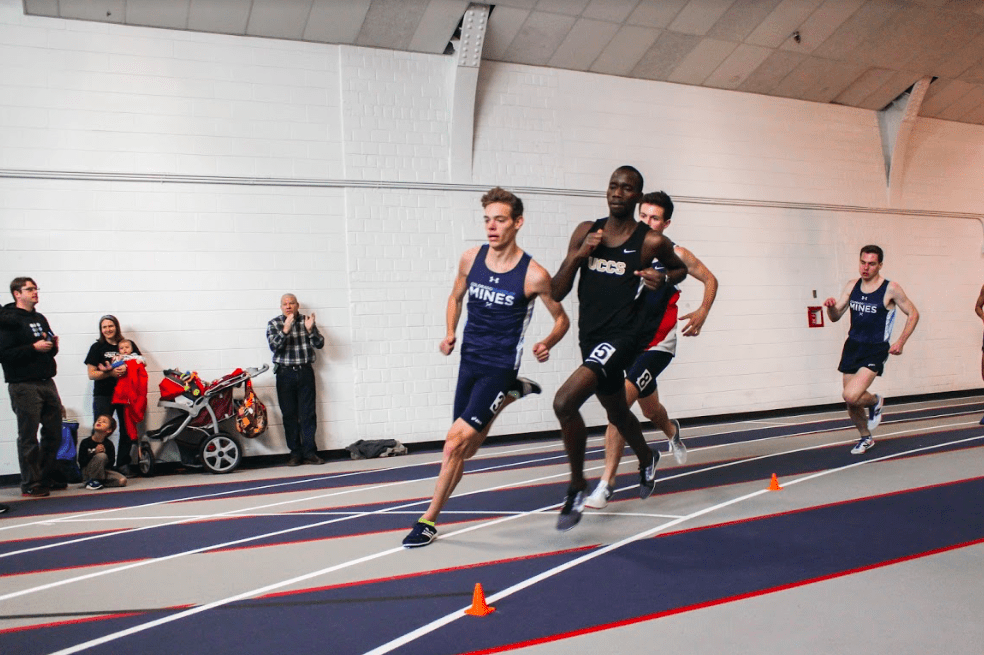 UCCS is home to many international students on campus. One of those students is distance runner David Kimaiyo.

Kimaiyo, a senior accounting major, has competed on the track and field and cross country teams since 2014, his freshman year on campus. Kimaiyo, who is originally from Eldoret, Kenya, decided to continue his education in the U.S. because the country gave him the opportunity to pursue both his academic and athletic goals

“The U.S. was my choice, because I was able to get a different view of schooling in another country, and I could run while going to school at the same time,” said Kimaiyo.

“Running and going to school were my two favorite things to do, and I did it in high school, and I thought that I could keep doing this even at the college level.”

Kimaiyo has ranked high in tournaments and other events that he has competed in while at UCCS, competing in two NCAA tournaments as a freshman and sophomore and earning the first team all RMAC.

In April, Kimaiyo came in No. 2 at the Colorado Mines Nature’s Bakery Invitational with a time of 9:29:21 in the steeplechase. His time was a NCAA Division II provisional qualifier.

Kimaiyo also finished fourth in the 3,000m steeplechase at the Triton Invitational in San Diego with a time of 9:17:49. Last year during the cross-country season, David finished second in the Rust Buster with a time of 19:37.00 to help secure the first-place finish,

Kimaiyo said that he had good role models to pursue his sport while in Kenya.

“Kenya is a big country when it comes to running, and in high school we had good role models and the teachers kept saying that we could combine the two [school and running] at the same time. Running was something I was able to do, because I had a little bit of talent,” he said.

When Kimaiyo was deciding on where to go for college, he met Mark Misch, head coach of the men’s cross-country team, when he visited Kenya in 2012. According to Misch, Kimaiyo formed a close relationship with the athletes who accompanied him on the trip.

“[David] became like a brother to these guys for the three weeks we were there. I knew that he was articulate, had a great work ethic, a man of strong faith, humble and a desire to help those around him,” said Misch in an email.

“The men on the team and I talked when we returned to Colorado and we know that David was the kind of person that could make it at UCCS and take that opportunity to better himself, his family and his community back home with a college degree.”

Kimaiyo chose UCCS because of the connection he formed with Misch.

“Looking back, I think Colorado was the best fit for me. I like UCCS, the education I’m receiving and the mountains,” he said.

“I have a team that is always ever so supportive in training, school, and life outside. UCCS also has an amazing support for international students. I feel like I’m in another home away from home.”

Misch said that Kimaiyo worked hard on his schoolwork, to improve his English and be NCAA eligible.

“It has been a blessing to have David be a part of the team,” he said, “Those guys are all tight light brothers, and he is no different. Always positive, handles adversity in stride and I know he has impacted a lot of the men on the team who otherwise would never know someone like him.”

After Kimaiyo graduates, he plans to return to Kenya to be with his family. At this time, he does not plan to try out for the Kenyan national running team.

Kimaiyo and the rest of the cross-country team will be competing at the Trevecca Nazarene Showcase in Nashville, Tenn. on Sept. 23.