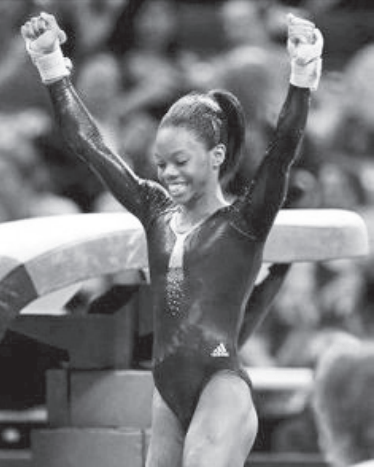 UCCS has hosted a significant speaker each year for the past six years. Speakers have included Bill Nye, LeVar Burton and Bennet Omalu.

This year, the Office of Student Activities (OSA) invited three female Olympic athletes to speak on a panel on April 25 for the seventh annual Significant Speaker event.

After the panel, students will be able to ask the athletes questions and take photos in the Dwire Hall atrium.

Headlining the event is Olympic gold medalist Gabby Douglas, the first African American woman and woman of color to become an All-Around Individual Champion gymnast at The London 2012 Summer Olympics. Douglas also won a gold medal in the 2016 Rio Olympics in Team Competition.

The other athletes to speak are figure skater Rachael Flatt, who was named the U.S. national champion in 2010 and Allysa Seely, a triathlete and two-time world champion.

Flatt has won three silver medals for the U.S. and is a fourtime silver medalist in the Grand Prix series. She has retired from competitive skating. Seely won a gold medal at the 2016 Paralympic games in Rio de Janeiro after a brain and spine surgery in 2010 and the amputation of her left leg below the knee in 2013.

The athletes will discuss their motivations, struggles and experiences in the panel moderated by Fox News affiliate anchor Lauren Ferrara.

“I’m excited that we are just able to have this panel at all. We have never done a panel like this before featuring Olympians and athletes on this level. There will be a meet and greet afterward for anyone interested in meeting the athletes.”

Cucchiara said that UCCS is inviting athletes to do something new, and out of recognition that Colorado Springs is the ‘City of Champions.’”

The speakers on the panel were selected by the students in an email survey conducted through the Mountain Lion Connect poll, said Cucchiara.

“Every year we do a student vote. The student committee gave us a selection of speakers based on factors such as costs, fit, culture, institution, those sorts of things, so we secured a couple of names and put it out to the entire student population,” he said.

“This year the students selected Gabby out of all the candidates in the poll.”

Brad Bayer, senior executive director of Student Life and Leadership, also expressed excitement at the change in format for this year’s event.

“It’s very exciting. It is an all-women’s elite athlete panel, the first time that we have been able to provide a panel platform for the significant speaker event. It will be about their experiences as athletes and Olympians.”

Bayer said that the event is actually coordinated between several departments on campus.

“This is a joint program between the OSA and university (Residence Life and Housing),” he said. “There is a dinner that occurs before the main event, and it is sponsored by housing.”

This dinner can be attended by invitation only, by students who live on campus.

On Jan. 30, tickets went on sale for $2 for students. OSA started with a total of 1,500 tickets to the Significant Speaker event. Tickets are available for purchase at the University Center Information Desk. The event is open to the public.