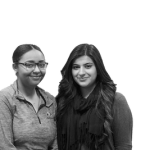 Sierra Brown, junior English and communication double major, and Laveen Khoshnaw, junior biomedical science major, are seeking to bring unity to both the campus community and SGA as part of their presidential and vice presidential bids.

“I think that SGA definitely needs a united leadership team who is ready to not only re-inspire the study body, but re-inspire SGA members because they’re part of the reason things get done and change happens,” said Brown, who is running for president.

According to Khoshnaw, who is running for vice president, their campaign is seeking to act as a bridge between students to faculty and within clubs and organizations.

“We’re trying to foster more interclub relationships,” said Khoshnaw. “To maximize the potential of the student life experience at UCCS, I think it’s critical to have our clubs have this avenue to get each others’ resources.”

Brown attributes finishing the SGA bylaws and restructuring the Judicial Board to improve turnover as some of their strengths in executing initiative in SGA.

“We were able to re-inspire some of the people that were already in (the Judicial) Board and can do a lot more than be the placeholders of SGA,” said Brown.

As students from two different fields, Brown and Khoshnaw believe that they can represent every mindset and experience on campus. Plans include spearheading a collaboration between Colorado College and UCCS.

“Because we’ve been in this position of serving students for so long, seeing so many branches of the campus, I think we really have a foundational understanding of what UCCS students want,” said Khoshnaw.

“We’re just trying to be that avenue that students can really use,” said Brown. 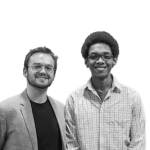 Their ideas include increasing campus inclusiveness, advocating for environmental awareness and bring more activism into SGA.

“At the end of the day, education is our foundation for everything: the way our ideas, how we see the world. It’s essential for the human,” said Tomszay, who is running for president.

Tomszay and Oke-Thomas would like to inform students on environmental issues, such as the Drake Power Plant in downtown Colorado Springs. Both candidates also expressed support for the referenda such as the Green Action Fund Fee and the Media Fee this election cycle.

Tomszay, who is running for president, became a student-at-large this semester and has actively sought funding proposals through SGA and the Green Action Fund for his club, Formula Electric Society of Automotive Engineers.

Oke-Thomas, who is running for vice president, does not have SGA experience. However, they both believe that their synergy will benefit SGA.

Tomszay said that their ticket has spoken with Andrea Herrera, vice chancellor of inclusion and diversity, to implement of their ideas for increasing cultural inclusiveness on campus.

Oke-Thomas believes that his and Tomszay’s like-minded thinking will help to move the student body in one cohesive unit. They want to establish a culture of unity to make progress and maintain a “pipeline of improvement.”

“We want to be a voice for the student body,” said Oke-Thomas.

“We see SGA as a team. We don’t see it as Senate or as clear divisions, but we’re students; we’re growing adults. To work effectively and achieve all that we want to achieve, we have to work as a cohesive unit,” said Tomszay. 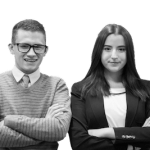 The passing of SB.07 SGA Recognition Bill, which provides a stipend ranging from $300-$400 for members of the Executive Council, inspired StClair and Johnson to run. Their ticket believes that the money for the bill is being used in a biased and irresponsible way.

“(Fiscal responsibility) is the most important thing. Student government has one job and one job only, and that’s the overseeing of the Student Activity Fee fund, and that’s for student activities, not for anything else,” said Johnson.

Parking is also an important tenet of their platform, said Johnson. Ticketing is one specific part of this tenet that matters to StClair and Johnson, who believe that ticketing until 10 p.m. is unsafe for students.

Their ticket also believe that increasing awareness of the effects of drugs and alcohol in relation to mental health should be advertised more, according to StClair.

“We want to improve the retention rate, and we really think it’s important for freshman, especially those with mental health issues, to know the effects of drugs and alcohol,” said StClair.

Johnson and StClair will benefit students by “giving them their voice back,” said StClair.