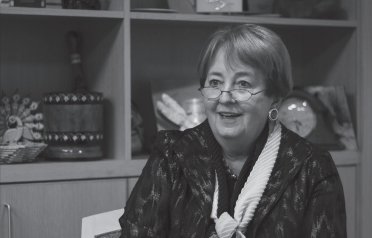 A campaign to name the main stage theater in the Ent Center named after Chancellor Emerita Pamela Shockley-Zalabak has raised $1,426,597 through crowdfunding as of April 7.

The 786-seat theater, the largest in the Ent Center, will honor Shockley-Zalabak, who retired Feb. 15 after serving the university as chancellor for 15 years.

The Shockley-Zalabak Theater Fund aimed to meet a total goal of $1.5 million before April 1. The money is intended to cover construction costs for the main stage theater.

The crowdfunding campaign began Feb. 22 with a link to the donation page emailed to students, faculty and staff. The fund is $73,903 short of its goal.

Over 130 donors have contributed to the fund, including Ed and Mary Osborne, the El Pomar Foundation, CU President Bruce Benson and wife Marcy and Janet and Jim Gallogly, who have all donated to the university in the past.

A tentative commitment from a Colorado-based organization will provide the rest of the funding, according to CU Regent Kyle Hybl, who spearheaded the theater fund as a community campaign organizer with his wife, Sally.

Martin Wood, vice chancellor for University Advancement, expects to reach the total by the end of this month.

The main stage theater was the only theater in the Ent Center that had not yet been named, and Hybl saw the dedication as a way to thank the chancellor and recognize her for her years of service.

“Pam is passionate about the arts and the Ent Center project. It personifies her in that it reflects her desire for strong public/private partnerships and bringing the strength of UCCS and the community to make the community better,” said Hybl.

“Pam has done a lot for this community for 40 years; she’s taken and transformed it with her leadership team for UCCS to be a cultural, economic and social driver for Colorado Springs.”

This dedication is the best way to honor Shockley-Zalabak, an advocate for the arts, according to Wood.

She saw (the Ent Center) as both a university piece and community piece.”

According to Hybl, Shockley-Zalabak’s vision has made UCCS the research institution it is today. Hybl added that increased enrollment, now at over 12,000 students, is a reflection of this vision.

“Students who are on campus today are beneficiaries of her vision. When I was a regent 10 years ago, there were only 7,000 students. The quality of the campus is certainly based on efforts of the people who worked here,” he said.

Along with Shockley-Zalabak, the late Murray Ross, TheatreWorks founder and artistic director, will also be honored in the Ent Center with the dedication of the lobby to Ross and his wife, Betty.

More information on the Shockley-Zalabak Theater Fund can be found at uccs. edu/~crowdfunding/.