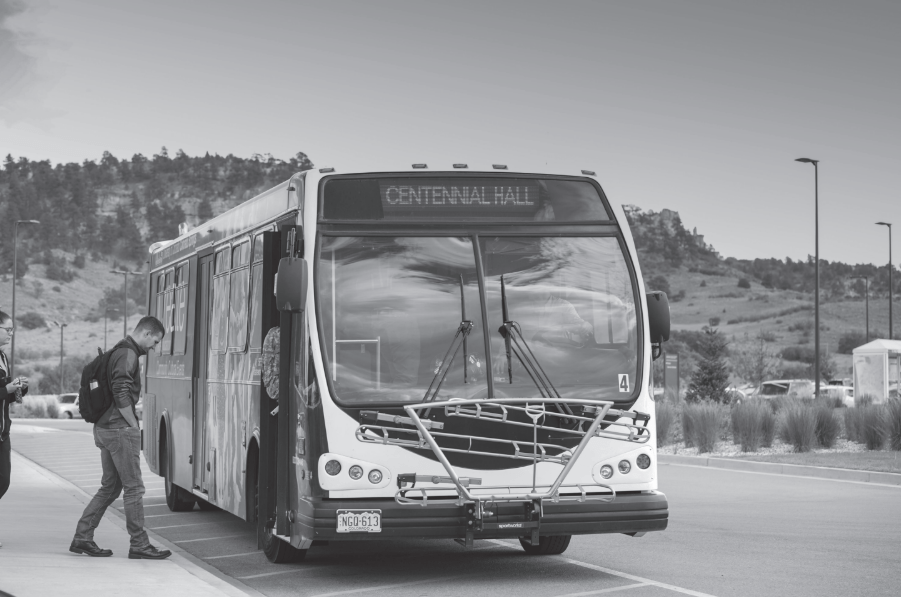 The roll-out of Wi-Fi on shuttles six, 11 and 12 are part of a larger campus expansion to Wi-Fi access by the Office of Information Technology (OIT).

“We’re constantly looking to try and provide a better user experience for everyone on campus,” said Cody Ensanian, a wireless network technician with OIT.

According to Ensanian, OIT is looking to increase Wi-Fi coverage outdoors. The shuttle Wi-Fi is part of a test phase to check usage information and to address any issues that arise from their implementation.

The goal is to fill in gaps so that devices can move from access point to access point without losing signal.

Before OIT pushes the Wi-Fi service to every shuttle, they are looking at data from the surveys that students can fill out on OIT’s website according to Ensanian.

The technology for the shuttle Wi-Fi system is based on cellular technology, with USB modem that connects to a cellular carrier network, according to Ensanian, meaning that speeds will be limited by cellular network infrastructure and amount of people on the bus.

“It’s important to understand that this is testing,” said Ensanian. “There will be kinks to work out.” Ensanian said that the speed will not be the same as it is on campus.

The current implementation is powered through the cigarette lighter on the buses, according to Ensanian, and if bus drivers fail to plug it in and then it will not work. If the shuttle Wi-Fi services test phase is successful, the future service will be hard wired into the electrical system for the shuttles.

“There’s a lot of variables, but you should have enough performance to do basic stuff like email and web,” said Ensanian.

On the morning of Sept. 28, the Wi-Fi for shuttle 11 was not functioning.

OIT is finishing the proposal now and hopes to begin installing new access points in the next few weeks.

Ensanian said that the process for new access points is complicated, involving a large planning effort for locations where they account for powering the hardware and accessibility for OIT, and funding for parts and installation.