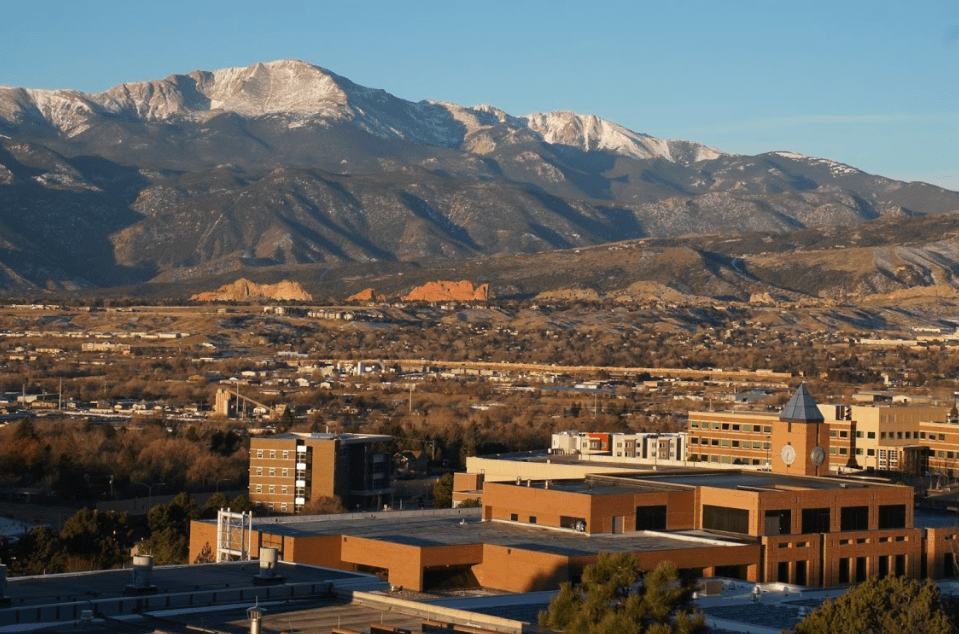 The UCCS Ski & Ride Club is looking to bring skiers and snowboarders on campus together for trips such as the ones that millions of visitors embark on every winter in Colorado.

Jessica Battin, who is in her third year as a club member and first year as a club officer, says that the club plans ski trips and day bus trips on some Saturdays or sometimes Sundays.

“We take you up for like five or ten dollars; we ski the whole day and then we get a free ride back,” said Battin.

Born and raised in Colorado Springs, Battin said that, growing up, she did not get the chance to go on many ski trips because her family would only go once a year.

“The club has given so many more opportunities that I can go multiple times throughout the year. I’m really interested in snowboarding. I went to the club fair my freshman year and decided to join. I went on a bunch of trips with [the club] and I’ve just kind of stuck with it.”

Now a junior, the biomedical sciences major says that anyone looking to join the club should attend one of the club’s socials.

“Come to one of the socials and just meet people because if you’re not going to vibe with people, then it’s not going to be the right fit. Just come hang out with us and see if you want to be friends with any of us in the club. There’s people going up [to ski or snowboard] almost every day, even during the week.”

Cassidy Lavender, who is also a Ski and Ride Club officer, said via email that their Facebook page is also a great way to get involved.

“Our Facebook page is a great hub for skiers and boarders to post and reply to all kinds of stuff going on. Whether its national news, local current events, or even buying and selling used gear, it’s a great way for people to share info,” said Lavender.

Lavender, who also joined the club as a freshman, is a club officer for the first time this year as well. A junior majoring in business marketing and minoring in sustainable development, Lavender says that the club is a great way to find other people who enjoy skiing or snowboarding.

Club president Joshua Yoder echoed the sentiments of both Battin and Lavender. In an email, Yoder said that anyone interested in joining the club or being a part of the club should join the “Ski and Ride Club @ UCCS” Facebook page. “This is where I post all of the events and where people organize rides up to the mountain together.”

A $15 club fee is all that is required for transportation to all of the Ski and Ride Club’s trips, said Yoder, a senior majoring in business management. The club also provides food for the bus trips as well.

“Ski and Ride club offers a place for skiers and boarders to make new friends that they can go up to the mountain with.”

The Ski and Ride Club has three more trips scheduled this semester. There is a bus trip to Keystone on Feb. 16, and a Ski and Soak trip to Keystone on March 9. Then there is Gaper Day, a 70s-themed spring festival at Arapahoe Basin. “It’s a great way to end the ski season and celebrate,” said Yoder.

For more information on the Ski and Ride Club, students can email Yoder at jyoder2@uccs.edu, Lavender at clavende@uccs.edu, or Battin at jbattin@uccs.edu.