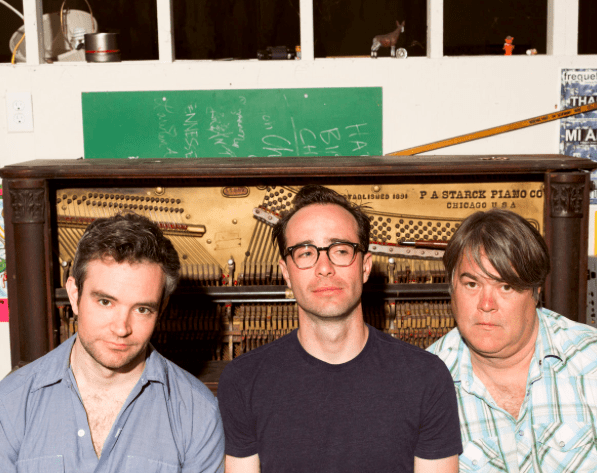 Spider Bags album Someday Everything Will Be Fine is cow-punk and young at heart.

On August 3rd the garage rock veterans Spider Bags released their 6th studio album “Someday Everything Will Be Fine” on Merge Records.

If you haven’t listened to the band’s newest record yet, it might not come as a surprise to you that even though the band members are in their late 40’s, they will speak their mind however they want.

Dan McGee, the frontman who writes the tunes, has evolved  from angsty adolescent singer to a father. He now gives advice to aspiring musicians.

Punk teenagers can confirm that the antitheses of garage rock would certainly be a dad giving advice to its young audience members – but McGee doesn’t think that’s the case at all, and neither should the listeners for that matter.

It’s clear that Spider Bags grew up in the garage rock scene and never grew out; they’re not conforming to anything – they cultivated this scene in the early 2000s.

The three musicians that make up Spider Bags have enough twang in their guitar tones to be country but are fast enough to be considered punk. “Cop Dream/ Black Eye ( True Story)” is a perfect examples of how the cow-punk band demonstrates this style.

The first track on the record, “Recklessness”, is played much more confidently than “Back With You in the World Again” from Spider Bags’s last record, Frozen Letter.

Sounding like this time around if they didn’t own the practice space then, they probably do now.

Under Spider Bags’s dry and often snarky humor is an aspect about the album that makes you question if the band is trying to concur the thoughts of their ever-impending doom or just poking fun at the thought of it.

“They learned to suffer is to smile and to succeed at anything you must fail for a long, long while,” McGee’s lyrics in one of their songs.

Baptized in Dinosaur Jr., the project plugs loud, twangy dad-rock riffs into its drunken, honest, vocal delivery that drives each song home in a unique way – a sound all thanks to a piece of recording equipment called the Tascam 388 that the band used while recording in the studio.

In an interview with the consequence of sound Andrew McCalla, Spider Bags producer for  “Someday Everything Will Be Fine”, said that it is a “vintage recording/mixing device that’s acquired a mythos via its association with legendary records by Dinosaur Jr., East River Pipe, The Black Keys, Ty Segall and Thee Oh Sees.”

Not to say the production of the record isn’t reminiscent of Spider Bags garage rock muses, but the music is simple enough that you would much rather intently listen to the lyrics and be inside McGee’s mind for a record then hear another Dinosaur Jr. inspired lick.

(Note: cow-punk is “a subgenre combining elements of country and western with those of punk rock.”)