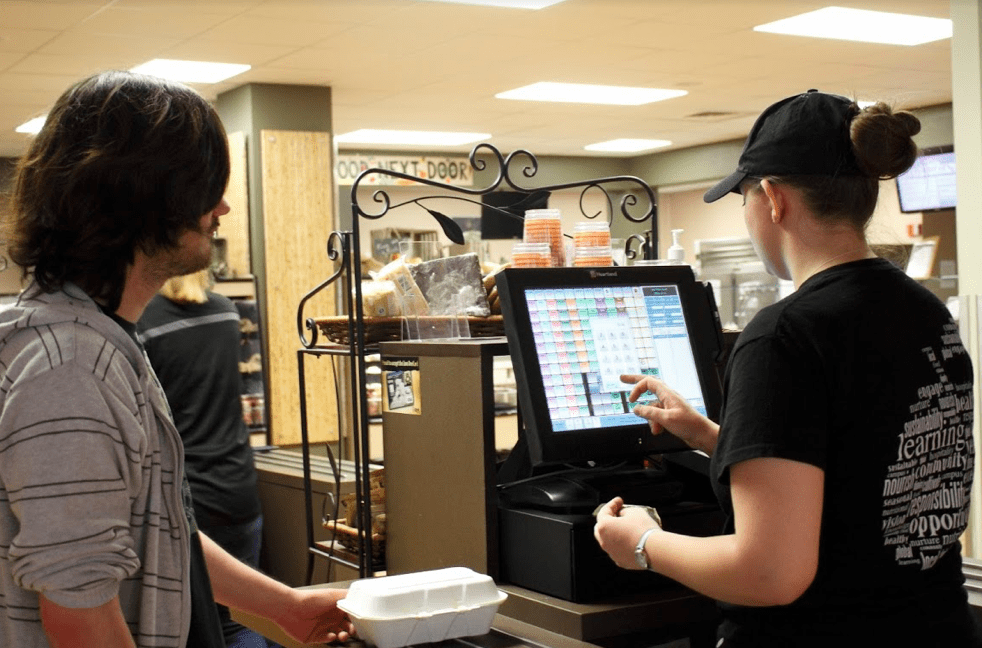 This year, the 90 cent increase in minimum wage has impacted UCCS in a minimal way.

While some opponents argued that the increase in wages would be negative for Colorado, UCCS has not seen a largely negative impact to student employees since its implementation, according to Shannon Cable, director of Student Employment.

“We’re not seeing this as a giant increase across campus because really overall we’re looking at a $1.1-$1.2 million impact over the four years, and that’s keeping us at the 2016 levels,” said Cable.

“The campus said, ‘we can’t grow at this time, but we can maintain,’ and that’s really the goal.”

In 2016, Colorado voters chose to implement a higher minimum wage for the state.

In 2017, Student Employment witnessed the smallest impact of the wage change because student employees were already earning amounts that were either close to or already the 2017 minimum wage, said Cable. However, departments are preparing to see the affects of the increase on Jan. 1, when the 2017 wage increases again by 90 cents.

Employees will start to experience the affects of the increase in 2018, when minimum wage will increase to $10.20 an hour, according to Cable.

“We do expect to see more of an impact to campus budgets (in 2018) with that increase because we’re starting to go into a space where our students are maybe not earning as close to that amount yet,” said Cable.

The goal of Student Employment is to help maintain departments maintain the same number of student hours worked in the fall of 2016.

“We, as a campus, are working to maintain the same staffing levels that we had in fall of 2016, and to do that, each department who has an impact based off of that static fall 2016 number of student hours that were worked in that department will see a slight bump in their student hourly budget,” said Cable.

Student Employment evaluated the number of hours by department to help them maintain 2016 numbers.

“We can’t increase the number of hours worked as a campus; we don’t have the financial ability to do that. But we made a commitment to maintain that fall 2016 number of hours,” said Cable.

“Let’s say a student used up their work study award – the department can pay them hourly and be able to do that. So there’s no restrictions for how the department can utilize those funds except that it has to go to student hourly monies,” said Cable.

Wages are determined by department. Student Employment opted not to create a blanket budgetary system for all departments considering that each department employs a different number of students, according to Cable.

Departments chose what students were paid at each level based on their own compensation plan. With the system, the pay range went from minimum wage to $18 an hour. Now, the system ranges from $9.30 – $25 an hour to accommodate the minimum wage increase, which would shrink it in half.

In classifying employees since the change, he six-level Student Assistant system has gone away because a majority of the campus only implemented levels two and three. All student employees are now classified under the same job code, 4106, at the same student assistant level to alleviate issues with paperwork and wage.

Student Employment has worked with departments that employ students to reorganize their budgets and evaluate how they will allocate their money since the amendment’s passing. At UCCS, there are 120 departments.

Of these departments, Auxiliary Services, which includes Dining and Hospitality Services, the Family Development Center, the University Center and the Bookstore, and academic positions, including the Excel Centers and some administrative offices employ the most student employees on campus.

Departments have met with Student Employment to look at cutting costs.

“We’ve been very excited to see the ways that departments are making a commitment to students,” said Cable. “Even in light of those minimum wage increases, we’re seeing departments take a lead on this and keep their staffing levels where they need to be.”

The University Center, which currently employs 40-45 students, has worked on ways to cut utility costs to provide more money to student hourly pay. Employment has not increased or decreased since 2016.

“In our business, we have dramatically increased our operation, and it continues to grow, so although we would like to maintain the same hours, we just can’t,” said Garland.

“We are supporting the daily operations of the Ent Center, so our staff will probably expand to 70 to 75 students in the spring.”

We’ve been fortunate this year. Last year, we only had a small work group of about 10 students that needed to adjust their minimum wage, because everyone else was already making minimum wage. This year, everybody on our staff come January will see an increase,” said Garland.

The UC has also evaluated costs concerning maintenance and repairs alongside other cuts.

“We are trying to cut costs in general. Every dollar we cut, we add $5 to wages,” said Garland.

To cut employment costs, departments may incentivize students to work for them based on job level determined by goals to meet, for example, student manager positions, said Cable. This saves costs for the long-term by reducing turnover and training resources.

“It allows people to really work toward those positions and so what that does is creates a pool of candidates that start out at the same wage and gives each one a fair chance at getting promoted to those next levels,” said Cable.

One way the UC has creatively cut costs is by adding a graduate assistant to save from hiring more professional staff, said garland. The UC has also looked to add more social programming for students with music, movies and other events.

“For the next year, I’m hoping we’re going to start to balance out. One the Ent Center opens, staffing levels will be at a spot to start to maintain at that level,” said Garland.

The wage change can ultimately be seen as a positive for students, said Garland. At the UC, employment is more than just a job because the department invests student fee money into offering professional development opportunities for employees, according to Garland.

“For me, everything we do in the University Center comes back to students. Students support this operation through the student fee dollars, so everything we do, I always want to make sure it has a positive impact on students, and this is no different,” said Garland.