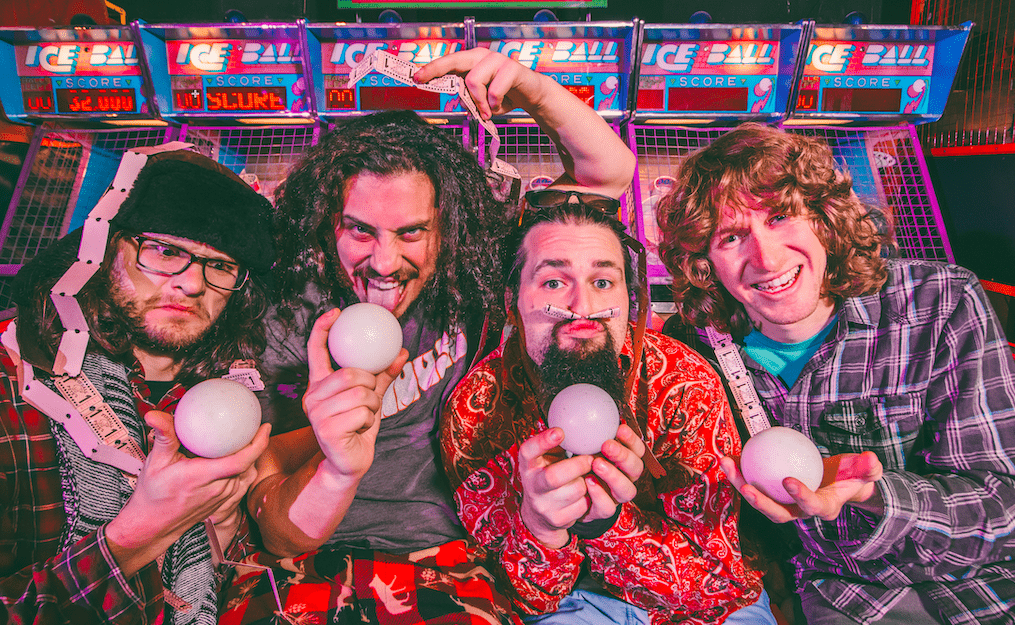 The band has picked up in popularity to the ears of fellow die-hard jam band listeners.

The band continues to make great strides towards popularity.

“We had all our families fly in and had all the die-hard flock fly there, flock is our fan base, it was just super special. Jeremy even sat in a song in Moe’s set. And we could not be more excited to come back especially with our friends Twiddle and play such a historic venue,” said Alex Petropulos, drummer for Pigeons Playing Ping Pong.

Petropulos is the newest member in the band and has taken advantage of being an official member of Pigeons.

“Four years ago, I joined the band. The original drummer Dan moved on to something else. So the last four years we have played some awesome shows going to places I never thought I would go to, meeting artists fans could only dream of seeing. It’s been a wild ride,” said Petropulos.

In college, Petropulos started getting more into the jam bands, learning about the art of improvised sections in music, called jams, and listening to the greatest artists who cultivated the genre.

Petropulos did not grow up on this music, but this did not stop him from learning to love famous jam bands and also meet them.

Petropulos went on to speak about his experience with music through the years, saying,“I really started as a more progressive rock, heavy metal fan. Umphrey’s McGee was a good bridge to kind of get into the jam scene, and obviously the more you get into that scene, you learn about Phish and The Dead, and I mean even with some bands that I would listen to in college, like Heavy Patch or Perpetual Groove or Dopapod. And a year later I am able to work with them and play with them or just hang with them backstage.”

Pigeon’s music is groovable, fun and laid back, but in order for these spacey, improvised jams to work, the band know that during their live sets, precise calculation and communication is required.

“Sometimes it is an actual hand signal, other times you can tell by you and another band member looking at each other wide-eyed. When you are in a band with someone long enough you can kind of have this unspoken communication where you can get your point across,” said Petropulos.

Whether it is spending the band’s sound check, warming up and getting their sound squared away by jamming or by spending an hour practicing the craft of improvised sections of music, Pigeons want to run zero risk when it comes to leaving things up to chance.

“The improv side of things carries a lot of weight in our music, and we love writing songs and working with structures and composed parts, but we also love to utilize those improv jams. It is something we practice a lot.”

“It’s taking a chance at trying new things but also doing in a confident sense. In one way it’s basically managing risks when it comes to improv,” said Petropulos.

2019-03-05
Previous Post: You See CS: Ola Juice Bar provides options for all eating preferences
Next Post: Colorado Springs is mentioned by Barbra Streisand at the Oscars