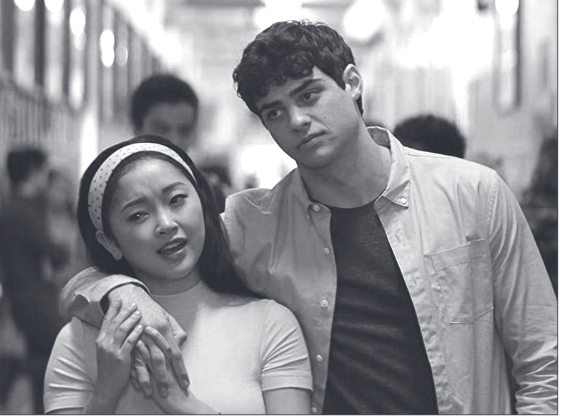 ‘To All the Boys: PS I Still Love You’ is an unrealistic depiction of young love

If your first love as a teenager was nothing less than a happily-ever-after with fancy dinners, dressing up and shameless PDA, it was not worth it. At least, that is what “To All the Boys: P.S. I Still Love You” wants you to think. Do not be fooled; this 2020 follow up to the Susan Johnson’s 2018 film “To All the Boys I’ve Loved Before” mostly fails to stray away from high-school movie tropes.

As her first romantic relationship with classmate Peter (Noah Centineo) develops, her former crush John Ambrose (Jordan Fisher) writes back in response to her love letter. Lara Jean Song Covey (Lana Condor) enters a world of confusion and hurt, having to choose between the boy she is supposed to love and the one she is crushing on.

On every corner of this movie is a cliche, which makes for such an unappealing, annoying and regretful viewing. We have seen it all before, barely even in different forms. Noah Centineo’s character is the epitome of the jock archetype. The actors are clearly adults, not 16 to 18 year olds (Condor is 21, Centineo 23). It is really no wonder body issues are so common; movies made for teens like these show teenagers they should look like adults.

It eventually all comes down to the movie’s writing. It is groundless, amateur, sometimes sexist and definitely more focused on cuteness than substance. Go back to the beginning to hear Lara’s quote on happily-ever-after, that is pretty much the base of the entire script.

To sum up all the negatives of this movie, it is pretty much just your typical out-of-touch movie about young adults.

Directors and writers clearly do not know what the average 2020 teenager is, how they act or what they enjoy.

Teenagers today will not be going on fancy dates, they will not be centering their lives around dating or worrying incessantly about college applications, they will not (always) talk trash in front of their classmates’ faces. It is unrealistic, to say the least.

Cliches aside, this movie is admittedly a little ahead of your typical happily-ever-after. That shows through its handful of beautifully shot moments, its zooms in particular. For film enthusiasts, this could be a good start for a quick-and-dirty analysis, but do not rely on these few moments to represent the entire movie.

I will leave with this: “P.S. I Still Love You” is full of cringey, young-adult-fiction tropes. Absolute fail on Johnson’s part.

What I cannot seem to wrap my mind around is how this movie draws you in with its clammy, teenager hands masked by blemish-free high schooler characters of color. The ending will undoubtedly bring up memories and past loves, all the while delivering subpar lines and acting.

2020-03-30
Previous Post: ‘Strutting for a Cause’ unites UCCS and Colorado community through fashion
Next Post: Beach Bunny’s debut album is heartfelt