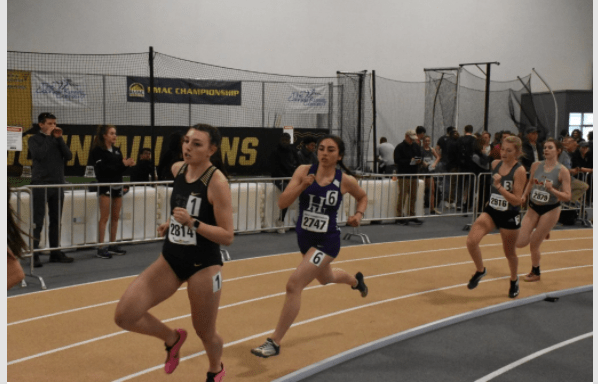 UCCS Men’s and Women’s Track and Field traveled to Boulder on Jan. 15 to compete in the Potts Invitational. The teams brought in three event wins while competing against five Division I schools.

Sophomore Brian Mosley Jr. started by placing third in the 60-meter dash with a time of 6.84 seconds. He then placed fifth in the 200-meter, finishing with a new personal record of 21.82.

Not too far behind Mosley was freshman Josh Thorn who placed fifth in the 60 with a new personal best time of 6.99.

Redshirt junior Brittany Fuchs took the top spot for the Mountain Lions in both the 60 and the 200, finishing in fifth place for both events. Fuchs also set a new PR of 25.10 in the 200.

Redshirt freshman Kate Hedlund added another event win for UCCS in the women’s 800-meter race finishing with a new personal record of 2:17.04.

The women’s 4x400m relay teams finished the meet with Lopez, sophomore Lizzie Waters and redshirt senior Layla Almasri combining to finish second with a time of 4:04.91. Papierski, Largent, Hedlund and Gentry came together to finish fourth with a time of 4:18.66.

Fuchs improved her indoor personal record in the 200 from 25.23 to 25.10 to stay ranked second in program history. Freshman Margaret Gardella’s time of 25.51 moves her into fourth place all-time in the 200.

The Mountain Lions will be back at home to host the Colorado Running Company UCCS Invite at the Mountain Lion Fieldhouse on Saturday, Jan. 22 at 11:30 a.m.