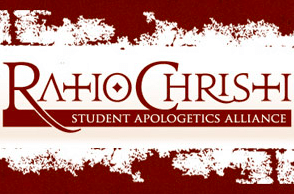 By: Frank Carber
In: News

Ratio Christi now has official club status after a case in the Denver District Court against UCCS.

The settlement ended in Ratio Christi’s favor, requiring UCCS to change its club policy to confirm Ratio Christi as an official club and required UCCS to pay $20,574 to the plaintiffs for court costs and attorney fees.

The change in policy following the court case allows student clubs to limit leadership to individuals that hold the “sincerely held beliefs” of the student organization.

Ratio Christi is a national organization with student chapters across the United States at over 150 colleges and universities. The Christian apologetic group describes its mission as defending Christian values. According to their website, Ratio Christi uses history, philosophy and science to justify adherence to Christianity.

The organization claims to take a biblical, Christian belief on human sexuality and does not affirm LGBT identities. The new policy allows student clubs to limit leadership positions to individuals who hold beliefs compatible with the organization.

The conflict began in 2016 when Ratio Christi’s application for official status as a student club was rejected by the UCCS Office of Student Life. Sabrina Wienholtz, director of Student Clubs, Organizations and Leadership, said that the initial application submitted by Ratio Christi did not meet the UCCS’s non-discrimination policy.

Before the lawsuit, the Office of Student Life provided Ratio Christi recommendations to change its club constitution to meet the UCCS’s non-discrimination policy. According to Wienholtz, the student club rejected some of the recommendations.

“The university is committed to its non-discrimination statement and to upholding the rights of all individuals,” said Wienholtz. “I can’t speculate what that might look like, but what I can say is that as a department, in our policy we are committed to confronting discrimination.”

Prior to the settlement of the court case, Ratio Christi met at an off-campus location. Two years ago, Ratio Christi had 20 members; they now have four as a result of students graduating. Their first meeting on campus as an official student club was held on Aug. 29.

Richard Simi, chapter director of Ratio Christi, said his biggest disappointment is “the students who already graduated didn’t have the chance to have a club like the other students they went to school with. They were denied that privilege.”

According to Simi, the student group did not consider legal action until the Christian legal advocacy group, Alliance Defending Freedom (ADF), approached the club. In a press release, ADF Senior Counsel Tyson Langhofer said, “religious student organizations should be free to choose their leaders without the government meddling.” ADF is listed as an anti-LGBT extremist group by the Southern Poverty Law Center.

According to its website, ADF advocates on behalf of Christian and conservative viewpoints. The ADF has taken controversial stances on issues like LGBT rights and access to abortion. ADF is currently representing student Christian groups in similar cases around the country.

“My main mission is to strengthen the faith of Christian students, bring people to an understanding of what the gospel is,” Simi said, “and build a community of Christians.”

As a campus ministry, Simi said he feels an imperative to have the club on campus. Simi and members of the club said that the defendants, members of the University of Colorado Board of Regents, agreed with Ratio Christi’s request.

University of Colorado Regent and main defendant, Susan Sharkey, did not respond for comment.

Simi said, he is just happy the club can be officially recognized and meet on campus. The group has no plans to pursue further legal action.

2019-09-10
Previous Post: CSU vs. CU Rocky Mountain Showdown attendees trash stadium: Practice what you preach
Next Post: UCCS group will attend 5K event this Saturday to help those with Diabetes