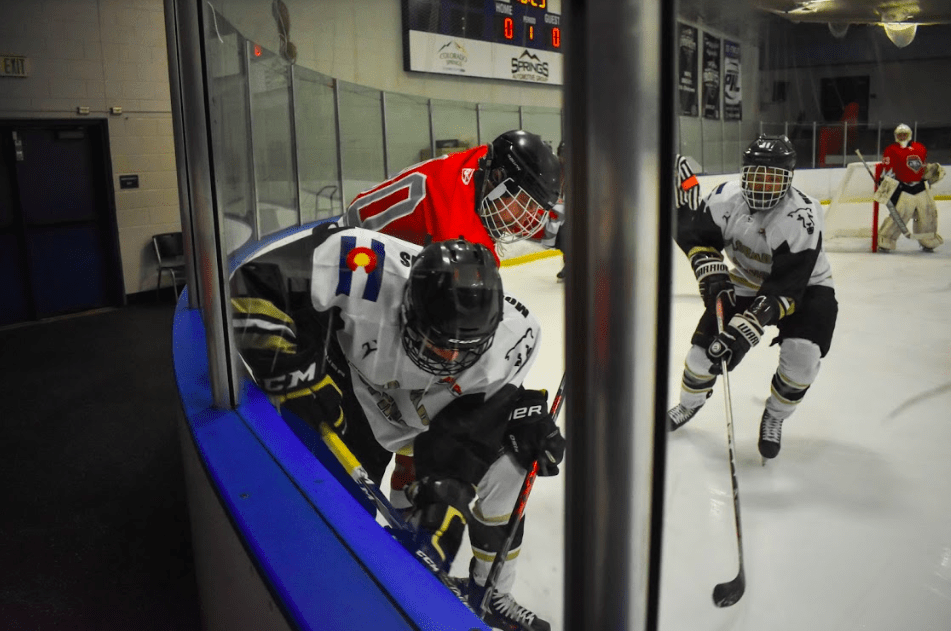 The UCCS club hockey team played their first away game of the season against Colorado College on Oct. 12. Vice-President Jackson Appelquist wants to transform the club team into an NCAA team.

Appelquist hopes that the club hockey team will be able to garner more attention.

Appelquist said that he would ask friends to watch club hockey games and his friends told him that they did not even know that UCCS had a club hockey team.

“Our conference is one of the most competitive out there,” says Appelquist. “A lot of the teams we play on a regular basis are Top 10 in our division.”

Appelquist says that while the club team is in the lowest division that does not hinder their drive to win.

Appelquist, who is a sophomore majoring in marketing, became involved with UCCS club hockey after moving from Chicago.

“I love this school. I love the atmosphere [of the] Springs,” said Appelquist. “It’s a pretty cool area to live, especially being from Chicago, being able to see mountains every day.”

Appelquist has played hockey since third grade, and even spent time with the Bloomington Thunder (now known as the Central Illinois Flying Aces) in the United States Hockey League (USHL) during his junior year of high school.

Appelquist said that while the players on the club team do enjoy playing competitive hockey, school would always be the priority.

“We understand it’s a club sport, so school is obviously number one,” said Appelquist. “School is a big priority for us as a club, so we want to make sure everyone’s keeping up with their grades. Hockey does come second to school.”

Appelquist said that he enjoys the wide range of personalities on the nineteen-player roster because they are all very knowledgeable and know how to balance playing competitive hockey and school.

Appelquist said that the mindset of the club hockey team wasn’t quite right when he and club President Riley Argetsinger came to UCCS Club Hockey.

Both students have made it a goal ever since to turn the attitude of the club around and make sure everyone is committed to the team.

“He’s a great kid and a really skilled player. He played Minnesota high school hockey in Eden Prairie as well,” said Appelquist. “I’ve had the pleasure of getting closer to him since we both have taken over this program and we’ve kind of turned it around from where it was heading into what we believe, and the rest of the team believes, is a better track compared to where it was going.”

The end-goal for Argetsinger and Appelquist is to one day have this club team be an NCAA registered team.

Appelquist said he wants to see an NCAA team within the CU system, regardless of campus.

For more information on the UCCS club hockey team, email Appelquist or Argetsinger at [email protected].