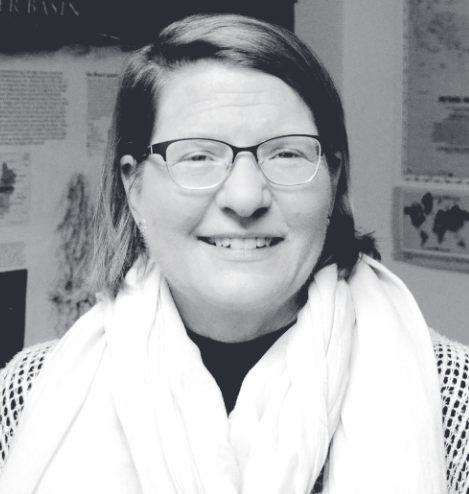 By: Jaycie Calvert
In: Culture

Rebecca Theobald and Steve Jennings, faculty members of UCCS’ Department of Geography and Environmental Studies, won the 2019 Journal of Geography award for their article “Giant Maps as Pedagogical Tools for Teaching Geography and Mathematics.”

This honor was awarded by the National Council for Geographic Education through the Journal of Geography, which is one of the premier geography journals in the country.

“We are both very excited for this to be recognized,” said Theobald.

The article is based on the various ways tteachers can use giant maps as a tool in teaching not only geography but mathematics as well. The maps can be used through all education levels.

“It’s really to help teachers think broadly about ways to use maps in education,” said Theobald.

Both Jennings and Theobald have previously published articles in the field of geography. Jennings focuses on biogeography and geography education with degrees in geography from the University of Utah and the University of California Davis. For ten years, both Jennings and Theobald were coordinators for the Colorado Geographic Alliance. This organization helped support professional development for K-12 teachers with funding from the National Geographic Education Foundation.

Theobald has always been interested in geography, but she was first a political science major with a concentration in Chinese at Middlebury College. Moving to Colorado, she studied geography at the University of Colorado Boulder before coming to UCCS with a research position. She became interested in geography because of how it connected to the education process. Depending on where people live and grow up, their education is different.

This is what brought her to geography: thinking about how space and place have a significant importance in terms of peoples’ educational opportunities.

“I’m really interested in how communities and education and political decisions interact in terms of how well students are able to learn,” Theobald explained.

Theobald and Jennings are in the works of future projects and research, one of which Theobald is working on and deals with the 2020 census to take place in the spring.

“I am working right now on a project engaging with the process of apportionment and districting,” said Theobald.

This project has to do greatly with how the 435 representatives in Congress are divided from all 50 states. Apportionment looks at how one state would be redistricted. Specifically, in Colorado, this is a very current and significant application as Colorado will be drawing up eight districts. Colorado expects to gain another Congressional seat in 2020, going from seven seats to eight.

To learn or read more about Jenning and Theobald’s article, copies can be found at the Kramer Family Library. To learn more on apportionment, GeoCivics or about the giant maps, further information can be found at uccs.edu/coga or www.uccs.edu/geocivics.