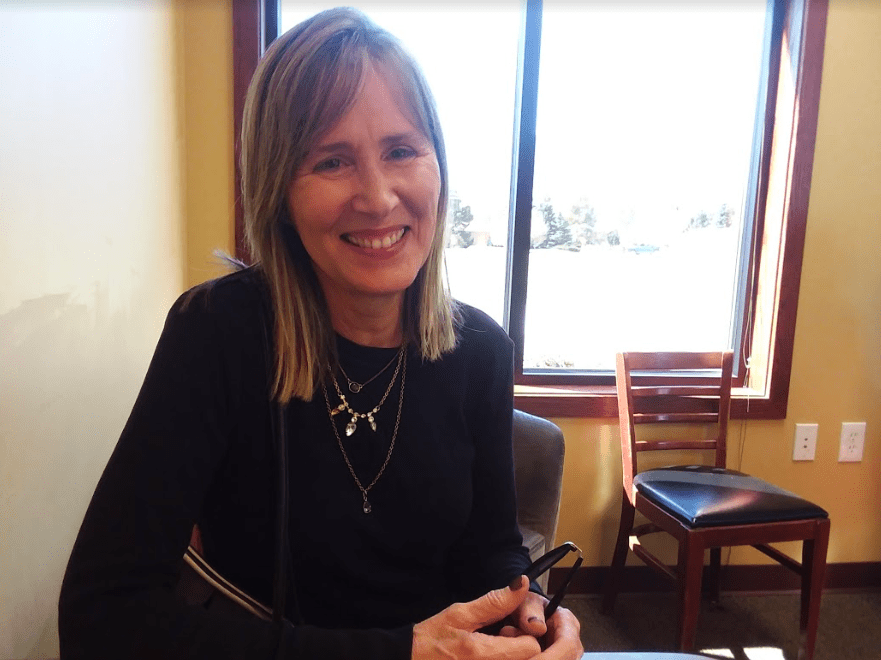 By: Sarah Bubke
In: Culture

As time goes on, history tends to be lost or forgotten. Chances to record witness testimonies to historical events diminish with each passing year.

But one UCCS graduate has found a way to preserve these stories.

In 2008, UCCS alumna Patty Sue Spiers founded From Mists of Time, a nonprofit organization that gives a voice to those who have witnessed history by telling war and military stories through film.

Spiers fully conceptualized the organization after she and her team produced “Bombers Moon: Girls Beneath the Bombs,” a documentary that tells stories of women who lived in targeted cities during World War II.

“We were lucky, and we had some interviews of women who lived through the war when they were children; they were telling us about their memories and emotions,” she says.

Other projects the organization has produced include interviews with World War II veterans and an interview with the last living eyewitness to the assassination of former President John F. Kennedy.

Spiers graduated from UCCS in 1998 with a graduate degree in history and a bachelor’s degree in recording arts, the university’s film program at the time.

In 2000, Spiers and her organization interviewed eyewitnesses to historic events before the organization became an official nonprofit.

“For example, people who saw the Dust Bowl, the San Francisco earthquake or the Great Storm of 1900. In my case, I was really interested in southern history,” says Spiers.

Spiers came up with the idea for the organization in history professor Paul Harvey’s class.

“He was probing us as to what would be something we would want to say that hasn’t been said, or that people have forgotten about,” Spiers says.

Spiers followed her passion for southern history by creating her first documentary, “Soul of the Delta,” in which Spiers interviewed notable celebrities like Morgan Freeman and B.B. King. The film was shown at the Denver Film Festival in 2005.

“I went to the Mississippi Delta and walked into churches and recorded their music,” she says.

“I hit upon this realization that there are still churches in the south that are singing the exact same songs that their great-great-grandparents sang in the churches that were called plantation churches back in the 1700s and 1800s.”

Spiers recently completed a project called “Bravo Big Boy: A Story of a Vietnam War Dog.” The film chronicles the story of Rick Claggett, a soldier and in the Vietnam War, and his war dog, Big Boy.

“Vietnam was a really confusing war, especially for these guys who were just kids when they went in and when they came out. I wanted to tell the story of Big Boy and Rick Claggett, because of the peace that the dog gave him, and the good memories,” she says.

Spiers has found that not everyone is supportive of her filmmaking, but she chooses to follow her passion anyway.

“For years, males have dominated television and radio, and I was given the advice that unless I was technical by nature, that I shouldn’t get into it. Don’t ever listen to that,” she says.

“When I was in school, everything was in a building or bay, and there was really only one editing system. Now, you can make anything that you want and upload it to YouTube or share it with your friends. The field is so much more exciting now than it was before.”

Spiers acknowledged that technology and education have come a long way and encourages the next generation of students to pursue their passions.

For more information on From Mists of Time, visit https://www.frommistsoftime.org.