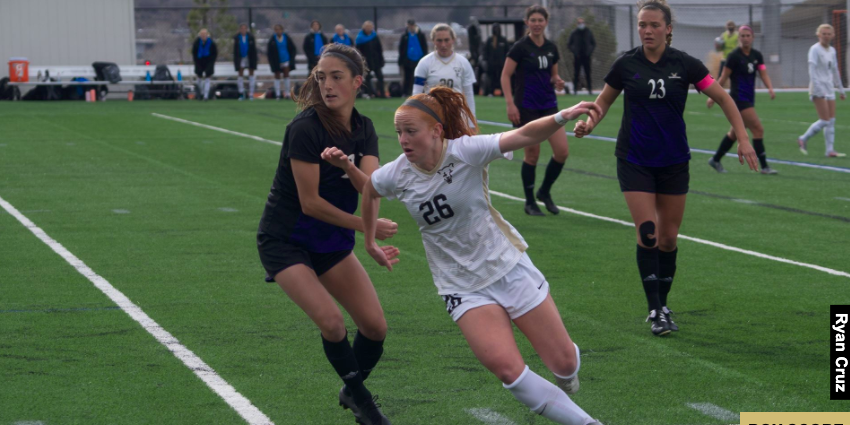 By: Zach Robbins
In: Sports & Recreation

The UCCS women’s soccer team is currently undefeated, and their defense, which has only allowed two goals during their seven regular season games is what has helped with their success.

The 2020-2021 season, which typically would have started in the fall, had a more condensed schedule that only featured conference and regional opponents. The chance to compete against teams out-of-conference provided a challenge that allowed the Mountain Lions to prove they were one of the best in Division II soccer.

The goalkeeping effort was led by redshirt junior Chloe Deshazer and freshman Gabrielle Laipenieks. The two keepers split games this season with Laipenieks allowing two goals and Deshazer allowing none.

On the offensive side of the game, sophomore forward Jaden Davis is known to beat anyone and everyone to the ball and redshirt junior midfielder Tarah Patterson has scored at least one goal in five of the Mountain Lions’ seven games this season.

Several Mountain Lions had assists this season; Junge had the most with five this year. Patterson and redshirt freshman Makenna Fowler finished the season tied for second on the team with two assists each.

In the previous season, the UCCS Women’s Soccer team worked their way to a number 1 seed in the nation, only to squander their top position in the first round of the national tournament. A sour taste from the early exit has sparked a rather remarkable season in which the Mountain Lions hope to avenge the preceding elimination.

This team, which is led by Head Coach J.B. Belzer and Associate Coach Alex Schultz had their first RMAC conference tournament game on Tuesday, April 20, at Mountain Lion Stadium, where they defeated Adams State 6-1.

They are now set to compete against Westminster at home on April 23 while the Colorado Springs School of Mines plays against CSU Pueblo. The RMAC championship is on Sunday, April 25.