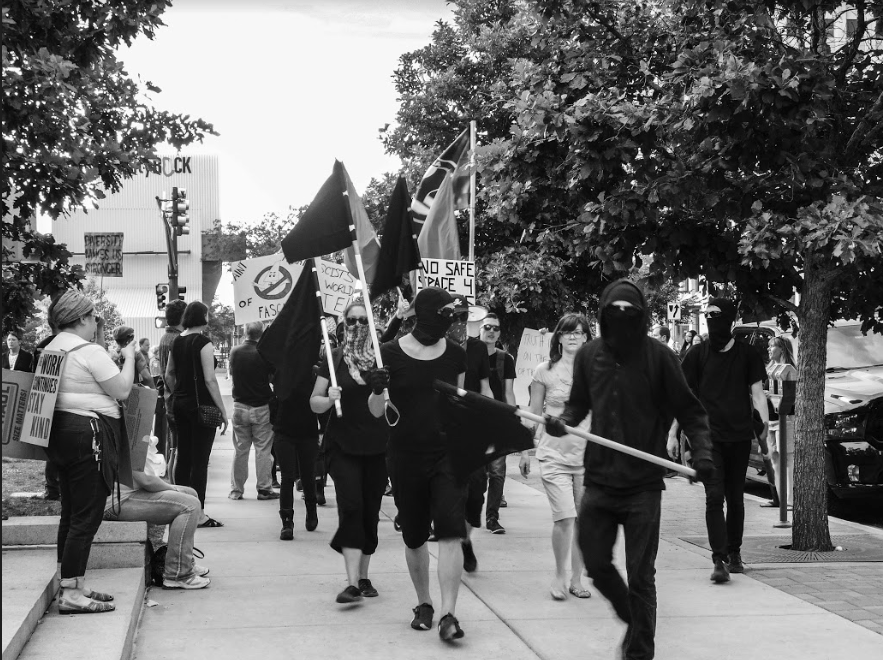 By: Spencer Traut
In: Uncategorized

Unite Colorado Springs, a grassroots progressive organization based in the Pikes Peak region, planned and organized the rally with anti-racism organization, Showing Up for Racial Justice, to show solidarity with Charlottesville counter-protestors.

Around 350 people attended the rally on Sunday, according to the Colorado Springs police blotter.

SURJ, a national organization with chapters in 48 states, one of which is in Colorado Springs, seeks to fight white supremacy, according to SURJ core member, Olivia Romero.

“We work to gather people that (want) to show up for racial justice and fight white supremacy, with a focus on gathering white people to do so,” said Romero.

On Aug. 12, violence ensued in Charlottesville, Va., where the Unite the Rally was scheduled to take place.

The event was put together by Jason Kessler, founder of far-right Unity & Security for America. After tensions grew between groups from the so-called “alt-right,” including white nationalists, Ku Klux Klan members, white supremacists and Neo-Nazis, and counter-protestors, including those from far-left groups such as Antifa, according to the Washington Post.

After the Unite the Right rally was shut down by local law enforcement, one woman, Heather Heyer, died and 19 others were injured after a car rammed into counter-protestors, according to CNN.

Many college-aged attendees, including UCCS students, were present at the rally, but their opinions on its effectiveness differed.

Some students, like UCCS senior Mack Rosenberry, argued that public protest is not the solution and accomplishes little.

“I don’t think rallies are the end-all-be-all of activism and being involved in your community. I think they are not very effective,” said Rosenberry.

“It is good to stand together, despite ideological differences between a lot of the groups here. We can all come together and say that we are not going to stand to have this in our society.”

Jess McCoy, a UCCS alumna, expressed her disappointment in the rally’s low turn-out.

“It is sad more people did not come because this is Colorado Springs,” she said. “There is a KKK presence; there are actual Neo-Nazis…so we have to stand up against them.”

According to protestors at the event, the Charlottesville protest called the bounds of the first amendment into question. Many at the rally believed in the white nationalists’ initial right to free speech but emphasized the need for the exchanges between both sides to remain civil.

Colorado Springs resident Lauren Bright asserted that people must speak their opinions, racist or not, rather than letting hate simmer.

“Even though we are here to stand up for these minorities, antagonizing one side is not going to solve problems. We need to have a discussion and make compromises,” said Lauren Bright, a florist at Flowerama.

“Their (white nationalists’) fundamental beliefs are wrong, but that does not mean we don’t need to have that discourse.”