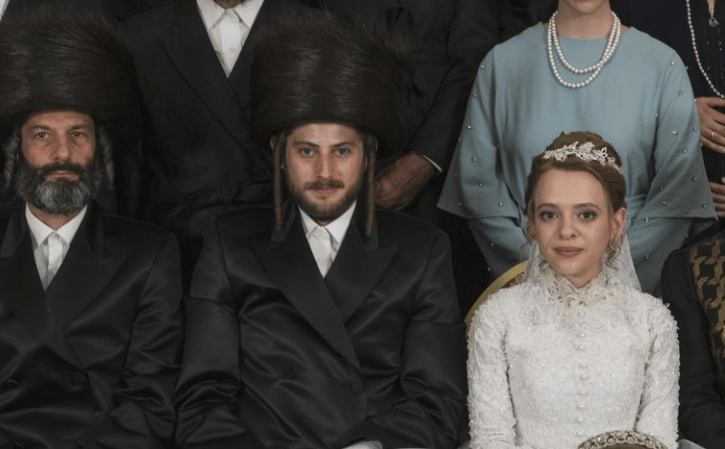 ‘Unorthodox’ is culturally insightful and inspiring

Not many stories are told about the Hasidic Jewish community, yet the Netflix original German-American drama series “Unorthodox” does more than just tell a story. The authenticity of the sensitive portrayal of the unorthodox-Orthodox Jewish community in this series is a raw production that is unlike any other. The first Netflix series presented primarily in Yiddish is absolutely astounding.

The Jewish customs and beliefs are portrayed delicately and correctly, with some scenes leaving you both baffled and curious. From the wedding ceremony to the christening and rituals for the bride-to-be, each scene captures something visually that many people would never see otherwise. The cinematography, credits of Director Maria Schrader and Director of photography Wolfgang Thaler, is perhaps why watching this film feels like watching history being made.

The actors and actresses are perhaps the cherry on top of the series. Everyone loves a strong and courageous lead actress, but Shira Haas, portraying the lovely Esther or “Esty,” goes above and beyond to deliver a performance that is heart-gripping and suspenseful.

As Haas said, the series is about “the right to hear your voice.” I found myself cheering for Esty and rooting her on in each episode as she flees from her Hasidic roots to a life filled with something she has never experienced before: freedom.

Esty’s arranged marriage with her husband, Yanky (Amit Rahav), is slowly failing and unhappy, and so she flees from Brooklyn, New York, with the help of her piano teacher that has been giving her lessons, to Berlin, Germany, where her birth mother lives. She leaves behind her whole life, including family members like her grandmother who raised her, and musters up the courage to want better for herself than her current life. Esty’s character, no doubt, inspires other girls that they can also muster enough courage to follow their dreams.

I was so enraptured by the four short episodes, that when I finished, I wanted more. I watched, “The Making of Unorthodox,” which is on both Netflix and YouTube and shows and explains what went into the production of this series. One of the main actors who portrays Moishe (Jeff Wilbusch) is an ex-practicing member of the Jewish community himself. The role that he plays is frighteningly similar to his upbringing.

“To me the story is about a young woman searching for herself and for her community in the world,” said Anna Winger, creative and executive producer.

It is important to see oneself in the stories that are told in popular culture, especially on a streaming platform like Netflix, so everyone feels seen and knows how to create their own stories. Hasidic Jews are rarely ever a focus in the media or the arts, and so the portrayal of this community brings awareness to and sheds light on a culture that is not widely known.

The experiences of the Jewish people are universal and relatable, but it also depicts an important message about this culture, which is how immensely different their lives are from average American citizens.

The four-episode first season is based on the memoir by Deborah Feldman. So, unsurprisingly, I binge-watched it all in only one afternoon. It is nearly impossible to stop once you’ve started, so I recommend carving out time in your schedule for this series.

Thankfully, there is also supposed to be a confirmed season two on the way as well. This is one of the only cinematographic experiences that has truly moved me to tears in a very long time. It is a must-watch, and it is guaranteed to give you goosebumps.

2020-04-22
Previous Post: Berg adjusting after lacrosse spring season cut short
Next Post: Take Your Ramen Game to a New Level with These Recipes