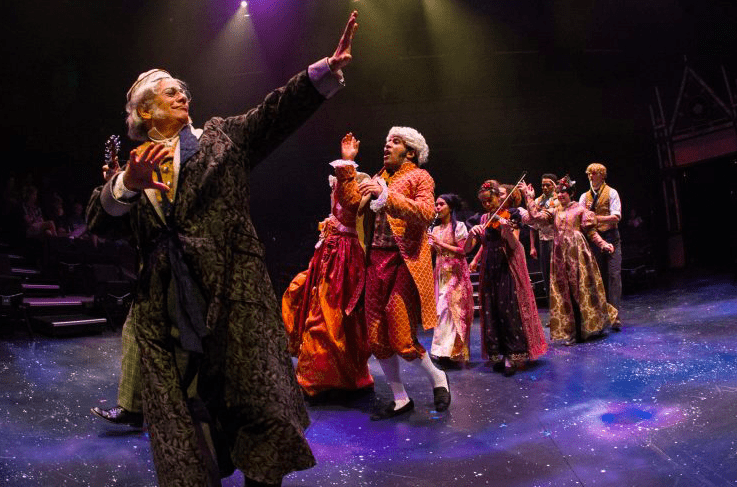 Upcoming Theaterworks season not to be missed

As many UCCS students already know, UCCS’ Ent Center for the Arts is home to multiple theater companies, both academic and professional. All students automatically have an “arts pass,” which allows them to see most Ent Center shows for free; occasional exceptions are still only $5.

UCCS Theater Company is led by faculty but is largely run by students, including several student-directed productions. Theatreworks is a professional company, but hires many UCCS students. There are also several organizations which tour, visit or merely rent out space at the Ent Center but are unaffiliated with UCCS.

Theatreworks has already announced their lineup for next year’s season, centered around the theme of “time.” Starting this summer, Theatreworks is producing Shakespeare’s “Measure for Measure” at the Ent Center and “Comedy of Errors” traveling around the city. Fall Theatreworks productions include “On The Mountaintop” about the last days of Martin Luther King Jr., Tom Stoppard’s “Arcadia” and “Around the World in 80 Days” starring a diverse cast.

Meanwhile, the academic UCCS Theater Company is still fine-tuning their upcoming season. Look for the official announcement in May.

Kevin Landis, associate professor and director for the theater and dance programs at UCCS, was able to confirm some shows, such as “Gaslight” written by Patrick Hamilton and directed by student David Baxter, and “Ugly Lies the Bone” written by Lindsey Ferrentino and directed by assistant professor Max Shulman. Instructor and Osborne Studio manager, Roy Ballard, will also be workshopping several student works this summer.

Theatreworks and UCCS Theater Company also do annual collaborations. Next March, it will be the musical “Hair” by Gerome Ragni and James Rado. It will be directed by Landis and performed in the Dusty Loo Bon Vivant Theater (the designated Theatreworks stage) at the Ent Center.

Confused yet? If you are aspiring to participate in the performing arts, this matters. If you just want to know what show is on this weekend, here is all you need: it is free (including parking).

If you want to act, it is too late for Theatreworks; auditions for the entire season were held last month. However, you can still audition for UCCS Theater Company. They will announce audition dates on their Facebook page as well as on the call-board at the Ent Center.

It is possible and even encouraged to offer your services backstage for both companies. Theatreworks and UCCS Theater Company are constantly on the lookout for people to help with lights, sound, construction, costuming and more. Experience is not necessary, and there is plenty of training onsite.

In the case of Theatreworks, they offer a backstage work study as well as volunteer opportunities, meaning you could potentially get paid for your work.

Any students who wish to direct future shows for UCCS Theater Company must take at least one but preferably two directing classes offered by the UCCS Visual and Performing Arts Department, then submit a proposal.

Caitlin Lowans, artistic director for the Ent Center, who will be directing “two and a half” of Theatreworks’ productions next season, said her biggest desire is that everyone feels included and welcome at the Ent Center.

2019-04-09
Previous Post: Cork and Cask: Colorado Springs’ own gothic sanctuary
Next Post: Meet K Freeze: A young rapper from UCCS that wants to go where few rappers have gone before