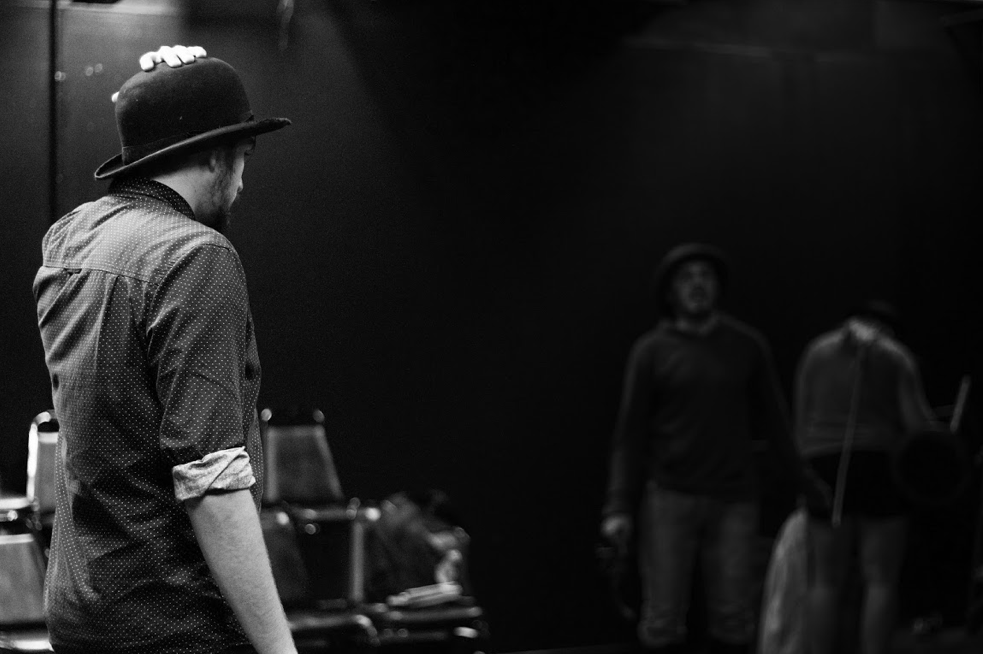 ‘Waiting for Godot’ to explore existentialism, challenges of waiting

But in that sense, they aren’t too different from the characters in “Waiting for Godot.”

The UCCS Theater Company will put on “Waiting for Godot,” their last student-directed play before moving into the Ent Center for the Arts in January 2018.

“Waiting for Godot” will run Sept. 29- Oct. 8 at 7:30 p.m. each Friday, Saturday and Sunday in the Osbourne Studio Theatre. The show is free for UCCS students with a valid ID.

The play explores the different personalities four characters and how they pass the time while waiting. The characters’ personalities oppose one another, but when they are paired together, they seem to complete each other.

“They are almost living, breathing cartoon characters. They are real to themselves, but to us, they seem completely absurd and out of the ordinary,” said senior theater major Staci Mize, director of “Waiting for Godot.”

In the play, two highwaymen, Vladimir (senior theater major Jareth Spirio) and Estragon (junior theater major Holly Seidcheck) wait for a man named Godot. But Godot’s true identity, along with when he will arrive, is never revealed.

This will be Seidcheck’s first time performing in a play. Seidcheck recently switched majors from communication to theater and was initially terrified to pick up the role because of the production size and commitment level.

“I was a dancer my whole life and never performed in a play before,” she said. “But being part of this play is amazing; it’s bigger than I could have ever imagined. This is one of the most sacred pieces of theater ever to be made, so it’s really humbling to be a part of it.”

Under Mize’s direction, Seidcheck has been able to embody this character and act as herself, she said.

Spirio also found that playing Vladimir was a challenge that tested everything he has learned as a performer.

“This is one of the hardest plays to do; Vladimir is a very difficult character. There is so much left to interpretation and what could be represented in this play,” said Spirio.

While Mize has directed “Waiting for Godot” for six weeks alongside fellow UCCS students and faculty this semester, her passion for the play began in high school.

“‘Waiting for Godot’ is a play that is famously existentialist, and being a person of faith, it seems very ridiculous that I would be so passionate about this play. Yet for me, I have always felt a deep personal connection to it,” said Mize.

“There is so much humor and dark qualities in it, but at the same time, there’s tenderness and love. At its core, it’s about relationships.”

According to Mize, Samuel Beckett, writer of “Waiting for Godot,” left the play completely up to interpretation and made its characters very relatable and identifiable.

Mize believes that Beckett magnified the everyday task of waiting. Traditionally, Beckett’s characters have been played by male actors. However, Mize created her play so it exists in a gender-ambiguous world, which is very unique and not commonly done for this particular play.

“Waiting for Godot” is an iconic play for many reasons, according to Spirio.

“This is a German expressionist play that was written during World War II and deals a lot with trying to understand who we are as a people and rebuilding forward. When this was made, there were not a lot of other plays like it, so it really paved the influential route for a lot of new theater,” said Spirio.

In her own life, Mize relates to this almost painful and never-ending sense of waiting, on a very personal level.

“My mother is handicapped in a wheelchair, and she can’t fully take care of herself. She’s been that way since before I was born and progressively over the years has gotten worse,” said Mize.

“There is a loving quality there where I got to take care of her, but at the same time there are moments when I ask, ‘am I ever going to leave home? Am I waiting for some kind of absolution?’” Mize said.

“I think everyone has those things in their life. There are people in a job and they can’t leave it no matter how much they want to because they are supporting someone or themselves, and they’re asking how much longer?”

For more information on the UCCS Theater Company, visit uccs.edu/vapa/index/theatre/uccstc.html.