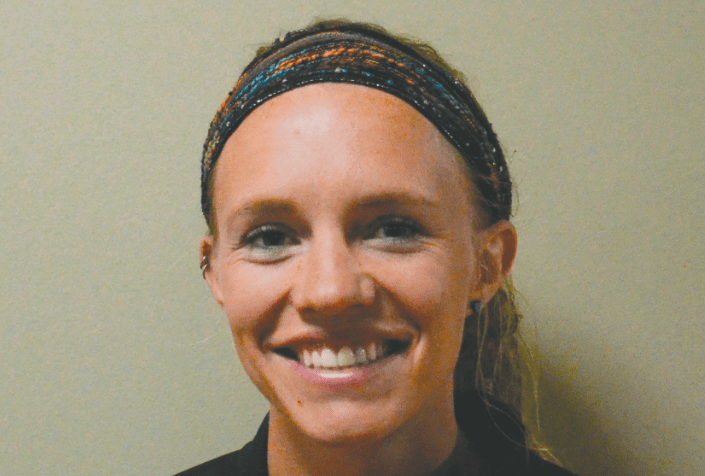 Skylyn Webb, an alumna of UCCS and a former indoor and outdoor track and field National Champion and RMAC Woman of the Year, recently signed a contract with Saucony. She will be running for the Freedom Track Club based out of Boston, Massachusetts.

Webb qualified for the USA Track and Field Championships in July, where she competed among both professional and collegiate runners, finishing in the No. 21 spot.

Now she is moving to the east coast and will train and race there.

“When I actually signed my contract and it became real, I was really kind of in shock. It’s hard to believe that the thing I love most is my job now,” Webb said.

Webb’s first passion was basketball before she transitioned to track.

“I played basketball my whole life, and that’s pretty much what I planned on doing. Life took some unexpected turns and I ended up on a track team, which I never thought would happen, but has turned out to be a huge blessing,” Webb said.

As a transfer student-athlete, Webb experienced triumphs and challenges.

Among the challenges, Webb experienced many triumphs along the way, including both personal and team victories while competing at UCCS.

“My proudest moments were when the women’s team won our conference titles and when I was able to stand on top of the national podium,” Webb said.

Underlying her challenges and triumphs, Webb said, is the hard work she has put in and how she was able to grow through all of these experiences.

“Training for middle distance running involves a lot of pain and suffering, it’s really hard, so it’s important to reflect on the happiness I feel from it as well,” Webb said.

While keeping her journey in mind, Webb said that she is focused on her future, with the goal of racing at the Diamond League and making an Olympic or World Championship team.

The Diamond League is an international professional track and field league, with competitions happening in various countries at different times of the year. This year’s schedule has included stops in Shanghai, Stockholm, Paris, London and Birmingham, AL. Next on the list are two Christmas day competitions — one in London, the other in Birmingham.

While giving advice to younger athletes, Webb emphasized the importance of dedication, something she has strongly committed to. Dedication is a choice, said Webb, which she defined as a promise to commitment. For Webb, it is a choice she has continually made.

“We all only have one life to live, and one chance to find out just how good we can be at what we love to do. I know I want to look back someday when I am old and know that I found out exactly what I was capable of. I don’t want to wonder what could have happened if I worked harder or cared more,” said Webb. “So this is a choice we all have to make every day.”

For Webb, the sacrifice and the hard work is worth it. Now, she will continue that dedication at one of the biggest stages in the sport: professional running.

Webb said she thanks her coaches at UCCS; Coach Ross Fellows and Coach Dillon Schrodt, as well as her two younger sisters.

[Editor’s note: Webb is the sister of the Scribe’s Editor-in-Chief]