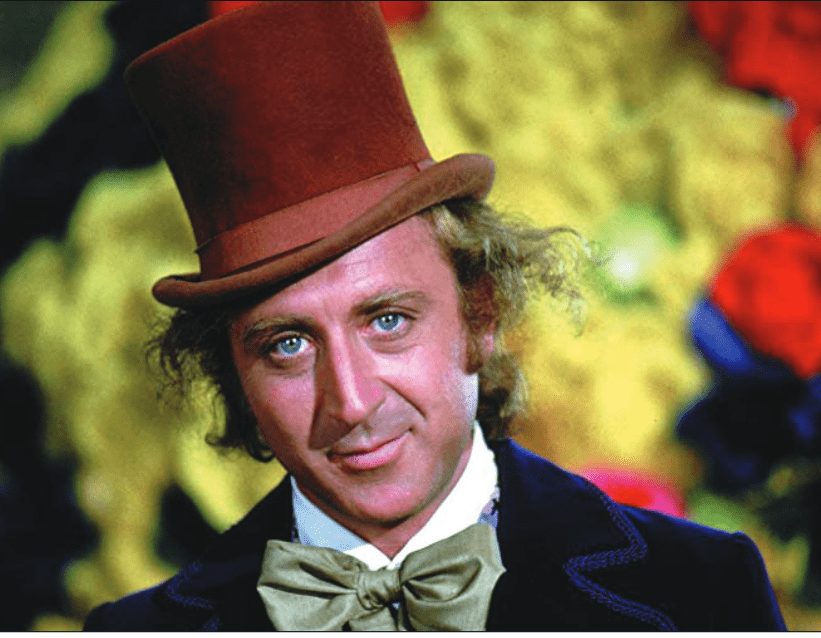 Rewatching “Willy Wonka and the Chocolate Factory” in my mid-20s, I noticed a lot more than yummy candy, vibrant colors and strange little orange men dancing and singing. These visuals lie within the phenomenal writing and performances. Yeah, the kids did great (especially with being unbearably bratty), but it is really the brilliantly sassy and lunatic Willy Wonka (Gene Wilder) who sets the bar and makes me question my childhood.

My favorite scene, hands down, has to be towards the beginning of the film, and that is what I refer to as the “nightmare tunnel.” As a kid, I remember not paying too much attention to it or just skipping it completely—I wanted to get back to the fun, delicious tour. However, after a few drinks and plenty of time to reflect on it, it is something I would watch over and over again.

It is not just the trippy effects or nightmares plastered along the tunnel’s wall that makes it my favorite, but it is Wilder’s outstanding delivery of a really out of place monologue in a children’s movie.

I will save you the therapy session and sum up that Wonka forces the crew to witness their deepest fears. At first, they are confused and a little excited then things start to get…dark. By this point, Wonka has a look of madness in his eyes that would give Lovecraft a wet dream. As “the rower keeps on rowing,” Wilder’s intensity matches the boat’s rising speed before defying the laws of physics and reaching a complete stop, arriving at the next part of their fantastical, “child-friendly” tour. The entire feel of this scene is nothing like anything else in the movie.

As the tour goes on, you see more of Wilder’s sarcastic indifference as the families suffer from easily avoidable accidents along with impressive candy contraptions that would never clear with the FDA. Once the tour ends, that is when little me got bored and just started the movie over; big me, though, cannot wait for that moment where Wonka tells Charlie he wins nothing and crushes his dreams. Classic.

The reason I was not super thrilled for this part when I was younger was because it was just dialogue. Now, I notice the subtle, clever set-piece decisions that were made here. Notice that in Wonka’s office, everything is cut in half — the clock, the sink and even his desk. I could not pick up on the symbolism this had with his desire to find the right heir, along with some psychological issues. (The man lives in a factory with his staff of extradimensional dancing dwarves with nothing to eat but candy.)

You get the whole shebang with this one. The set pieces and effects are fantastic, giving Wonka’s factory a loveable and weird future-past vibe. The performances are comical, powerful and unsettling at times.

Had anyone else dared to portray the master of treats other than Gene Wilder, this one could have still been a solid 3 or 4 stars, but it would not have been such a memorable classic.