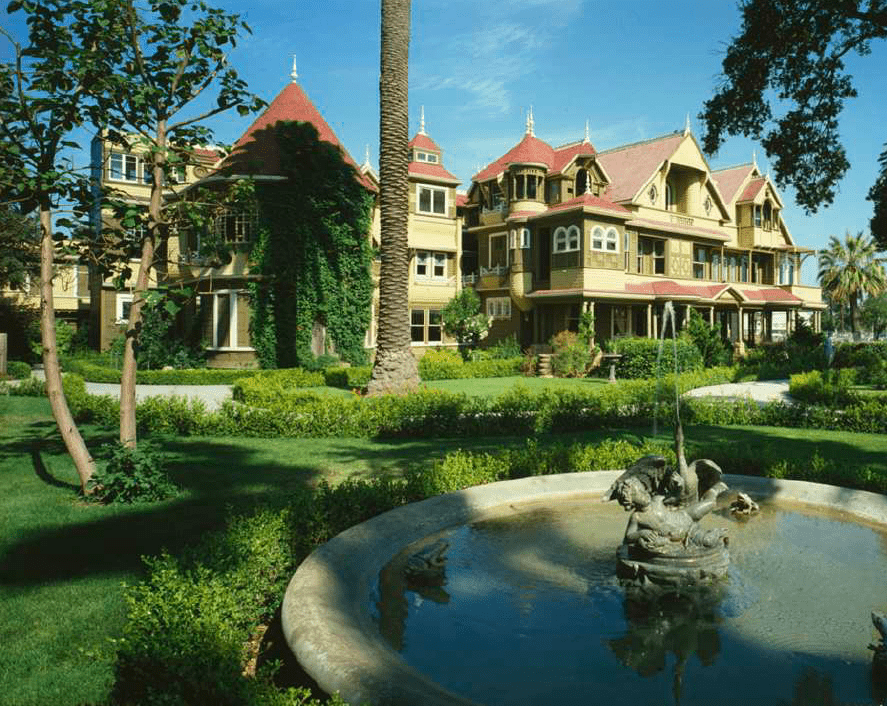 What always makes a movie scarier, in my mind, is when the hauntings or serial killings are based on true stories. Knowing that the Winchester House is claimed to be one of the most haunted houses in North America and exists as a thriving San Jose attraction, I just had to go see “Winchester” for myself.

Set in 1906, during the 7.8 San Francisco earthquake, Sarah Winchester (Helen Mirren) is the descendent from the extremely wealthy and well-known family of the Winchesters, famous for inventing their innovative brand of guns.

Sarah has to rebuild her home after the earthquake; however, this is no ordinary house. Sarah demands that the house be built with no end: 500 hundred doors litter the mansion, some lead to another room, some have bricked-up entrances and some simply drop seven stories.

Sarah claims that the house was not built for her comfort. Instead, it was built to contain hundreds of vengeful spirits. As skeptic Dr. Eric Price (Jason Clarke) is introduced to the house, he quickly realizes that the ghost stories are all too real.

Overall, I thought the movie was fantastic. Mirren expertly portrays Sarah Winchester as this insane and paranoid woman, yet we can’t help but feel like she is hiding a much darker family secret. Her performance added layers of mystique and tension throughout the film.

The actual history of this house is scary enough as it is. The house was constantly under construction for decades. Contractors were ordered to work on it for 24 hours a day for 365 days a year. And yet the house was never actually completed.

The characters themselves were interesting and had great development over the course of the movie. While Price’s character tended to follow the typical scary-movie-skeptic formula, his disbelief was just as much believable as the moment when he realized that the house was in fact haunted.

The special effects were particularly gripping and tastefully done, resulting in proper execution of scenes that needed to be scary and scenes that were simply entertaining to watch.

I felt that the movie was filled with action, which is what you want to be paired with a scary movie since it keeps you engaged and on the edge of your seat.

There were quite a few jump-scares in the movie that added to the fear factor, as well as the soundtrack that mirrored these tense and dramatic scenes flawlessly.

I did think that there were certain elements of the plot that were predictable and followed the cookie-cutter, scary-movie action sequence. Like how Price is a skeptic that is slowly convinced of the house’s curse through a sequence of coincidences and ghostly encounters.

While this formula has been overplayed in recent movies, this film was able to make me feel captured by the plot line because of the fact that it is based on a true story.